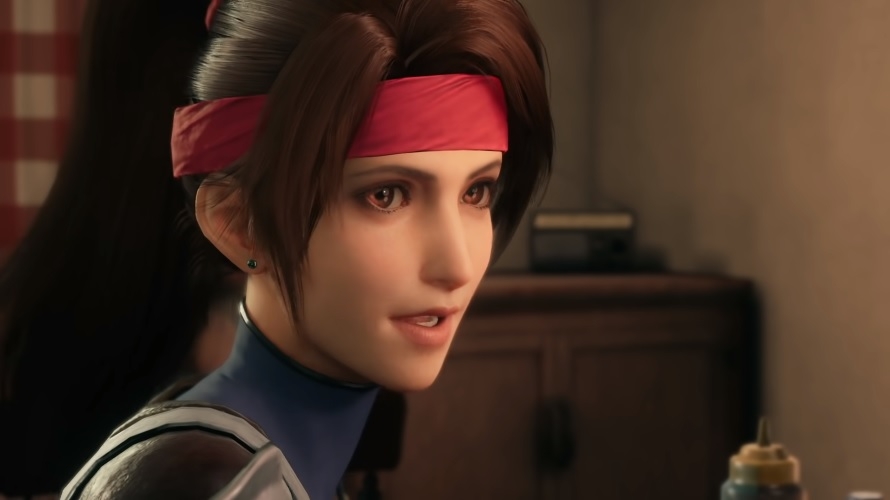 The release of “Final Fantasy 7 Remake” did not just deliver a new take on the original’s gameplay elements. It also opened up more possibilities for plot continuity beyond what the 1997 title provided, and one of them could be the existence of a parallel universe.

The original game ended with clarity on the status of several characters. The heroes at the Sector 7 plate collapse, Biggs, Jessie, and Wedge, met their demise. But “Final Fantasy 7 Remake” introduced a different outcome. Biggs lived, Jessie apparently died, and Wedge’s fate is uncertain.

In the “Final Fantasy 7 Remake” Ultimania Plus book, courtesy of translations from Twitter user aitaikimochi, Biggs’ surprise survival was one of the questions Toriyama tackled. In the ending scene where Biggs was seen waking up after the collapse. But the game also showed some of Jessie’s things in Biggs’ room leading to the question of whether or not it was a foreshadowing of Jessie’s survival. And Toriyama’s answer in the book could spark more questions about Jessie’s status.

“Jessie is not shown in the ending because we couldn’t save her…or that’s what you might think,” the “Final Fantasy 7 Remake” director reportedly said. “If Biggs’ life can be saved by some miracle, then that means other members could be saved too.”

Toriyama also reminded fans that loss is a major theme in “Final Fantasy 7” but he seemed to have left fans with hope that some of the dead characters could still return, saying that if the group were able to save Biggs, maybe they were also able to do it for Jessie. In his answer, though, it was quite interesting that Toriyama does not dismiss the possibility of Jessie being alive and added, “If all characters you see are able to survive in the future, then perhaps that would be a different world.”

Fans will have to speculate on the possibility of having a parallel universe or alternate world for an indefinite period. While the development of “Final Fantasy 7 Remake Part 2” has been confirmed, its release date could still be ways off.