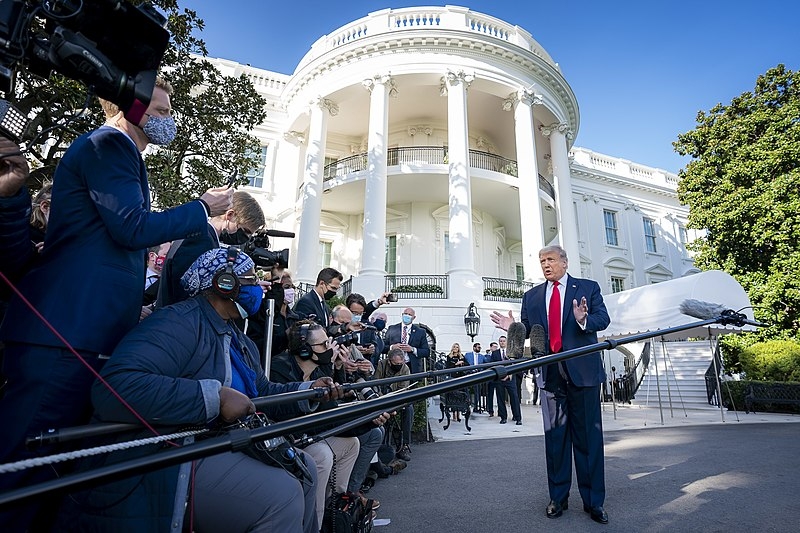 Donald Trump has often pushed for unproven cures to COVID-19 in light of the rising number of cases and his reelection prospects. Recently, Trump claimed that a vaccine for the coronavirus would be ready in a matter of weeks, contrary to the predictions of health experts.

Speaking to Fox & Friends, Trump asserted that the vaccine for COVID-19 would be ready in a span of weeks, stating that Americans may be able to access the vaccine as early as the end of October. Trump’s claims once again contradict the predictions of health officials at the Centers for Disease Control. “I’m getting it soon, within a matter of weeks,” said Trump during the interview. “I would say you’ll have it long before the end of the year, maybe. Maybe by the end of October.”

Trump previously asserted this claim that the vaccine would likely be ready for Americans in October. His claim comes a day after Moncef Slaoui, who leads the Trump administration’s efforts in fast-tracking the development of the COVID-19 vaccine, revealed that it was unlikely for a vaccine for the coronavirus to be approved by November.

Trump also publicly attacked CDC Director Robert Redfield, who already revealed to congress that even if a vaccine would already be done by November or December, it would only be made available to the public much later in 2021. Trump held a White House press briefing where he said Redfield made a mistake and got the wrong information. However, Trump also said during another briefing last week that the vaccine would not be available to the public until April.

Despite the claims, Trump has also insisted that the country is already turning a corner regardless of a vaccine despite the number of deaths to the pandemic, which is reaching 200,000. During the interview, he praised his administration’s response to the pandemic and graded the response.