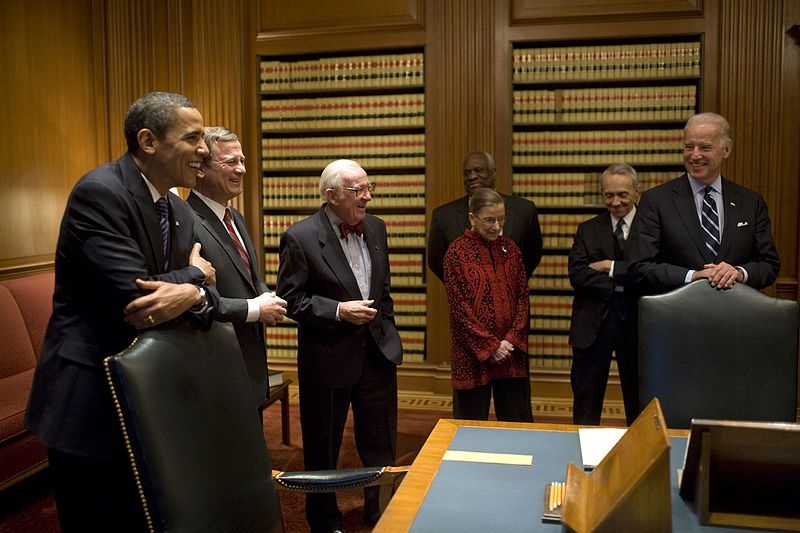 Supreme Court Justice Ruth Bader Ginsburg’s passing has resulted in a shakeup in Capitol Hill in the Congress, Senate, and including the campaigns of both Joe Biden and Donald Trump. Over the weekend, Biden criticized Trump’s push to nominate a new replacement for Ginsburg ahead of the November, elections, calling it an abuse of power.

Many lawmakers from both sides paid tributes to Ginsburg, who passed away Friday, however, it has led Republicans in the Senate to push to nominate a new candidate to fill in Ginsburg’s seat in the Supreme Court. Trump has also been adamant to make his nomination for a new justice in the court months just more than a month away from the election. Senate Majority Leader Mitch McConnell has said that the nominee would receive a vote on the Senate floor.

However, two GOP Senators have already voted to oppose selecting a Supreme Court Justice prior to the elections: Lisa Murkowski and Susan Collins.

“If Trump wants to put forward a name now, the Senate should not act until after the American people select their next president, their next Congress, their next Senate,” Said Biden. “To jam this nomination through the Senate is just an exercise in raw political power. And I don’t believe the people of this nation will stand for it.”

Meanwhile, Trump has also gone on the offense towards Biden in his recent rallies. Speaking to his supporters over the weekend, Trump called Biden “the dumbest of all candidates” and even went so far as to threaten to issue an executive order disqualifying the former vice president to continue his presidential bid.

Trump also went to reassert the baseless claim that Biden is taking performance-enhancing drugs which would explain his performance in recent events. Trump also repeated his request that Biden should take a drug test prior to the first presidential debate, moderated by Fox News’ Chris Wallace on September 29.