Donald Trump: Former Topline model accused the POTUS of assaulting her during a tennis tournament 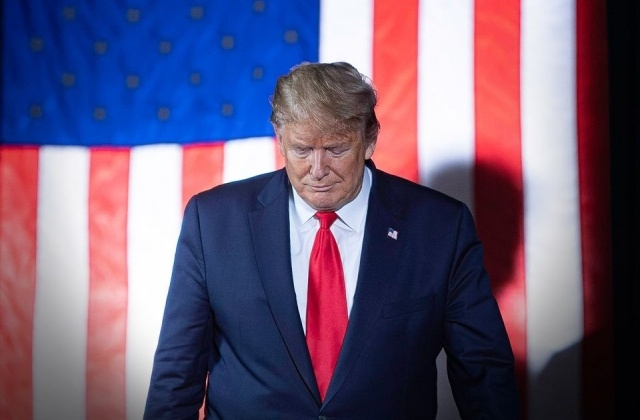 Donald Trump has a new negative write-up and it is related to a model who alleged that she was sexually abused. Former model Amy Dorris claimed she has an unpleasant encounter with the POTUS in 1997.

Speaking to The Guardian in an exclusive interview, she revealed Donald Trump groped and “shoved his tongue down my throat” near the bathroom in the VIP box of a stadium where the U.S. Open was being held. Apparently, they were among the throng of viewers during the said tennis tournament more than two decades ago.

Amy Dorris was only 24 years old when the alleged sexual assault happened. At that time, Trump was also still married to his first wife Marla Maples. She said that she was dating Jason Binn, one of Trump’s friends, and she and her boyfriend were only on a short trip to New York.

Despite having a boyfriend and the guy was even his friend, Dorris said Donald Trump pursued her and did not stop with his advances although she firmly rejected him already. And when they watched the tennis game, the POTUS took advantage of her.

“He just shoved his tongue down my throat and I was pushing him off,” she told The Guardian. “And then that’s when his grip became tighter and his hands were very gropey and all over my butt, my breasts, my back, everything.”

She added that she tried to break free but Trump’s grip on her was so firm that she couldn’t get out of it. She also described how she tried to stop his deep kiss by using her teeth and thinks that her move could have hurt him. Amy Dorris further narrated she repeatedly told Trump to stop but “he didn’t care.”

The publication stated that the former model’s claim was verified by other people including her therapist, friends and her own mother. The Guardian added that all of their stories matched.

Trump’s response to the allegations

The Daily Mail reported that Donald Trump’s lawyers denied that the POTUS harassed, abused or acted improperly towards the former model. They said that if Dorris’ claim is true, surely there would have been dozens of witnesses since the VIP box is a public place.

Also, the lawyers disclosed Jason Binn told them he has no memory of Amy Dorris telling him something unpleasant happened to her during the U.S. Open. They added that Dorris never told Binn she felt uncomfortable around Donald Trump.

“It seemed incredible that Dorris would voluntarily choose to be in the vicinity of Trump in the days following the alleged assault,” the lawyers said in a statement. “The timing of the claims so close to the November presidential election suggested they might be politically motivated.”