Donald Trump outrage: POTUS attacks Mike Bloomberg and mocks him for not participating in debates 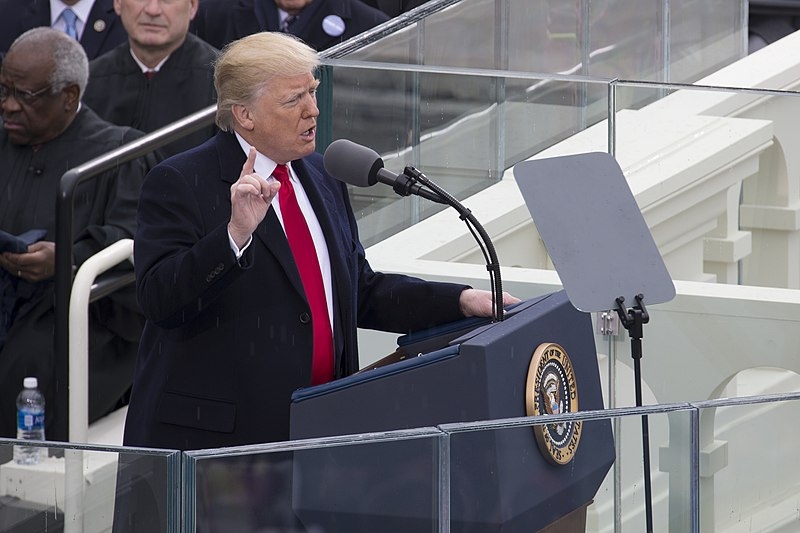 President Donald Trump continues to throw insults at people he does not like on Twitter. Recently he targeted Democratic candidate and former New York mayor Mike Bloomberg again, making fun of him in the process.

As reported by Politicalflare, Trump made another attack on Bloomberg on Twitter, poking fun at his appearance at the same time. “Mini Mike is a 5’4” mass of dead energy who does not want to be on the debate stage with these professional politicians. No boxes, please. He hates Crazy Bernie and will, with enough money, possibly stop him. Bernie’s people will go nuts!” tweeted the President.

Bloomberg, on the other hand, acknowledged Trump’s latest comments about him. The Democratic presidential candidate suggested that Trump may be considering him a threat. “If he doesn’t mention ya, ya got a big problem,” said Bloomberg. He continued by speculating that Trump may be getting worried in regards to his polling, as Bloomberg has recently been rising in the polls. Aside from addressing Trump’s comments about him publicly, he also responded to his tweet online.

Quote-tweeting Trump’s tweet, he said, “We know many of the same people in NY. Behind your back, they laugh at you & call you a carnival barking clown. They know you inherited a fortune & squandered it with stupid deals and incompetence. I have the record & resources to defeat you. And I will.” It is likely that Bloomberg mentioned Trump’s wealth knowing how Donald is very particular about how rich he is.

This is one of the many attacks and insults Trump has thrown towards Bloomberg on Twitter, with the latter continuously aiming at how rich the President is. Bloomberg is reported to have a net worth of $6.1 billion, whereas Trump’s net worth is supposedly 20 times less, around $3.1 billion. Bloomberg revealed that he is prepared to spend a billion on the presidential race.

Previously, Bloomberg was revealed to have voiced his support of the stop and frisk policy back when he was still serving as Mayor. Trump used this as leverage to forge another insult at the candidate, calling him a racist. Bloomberg no longer supports this policy and retaliated on Twitter again, saying that Trump is getting threatened with the rising strength of his presidential campaign.

Bloomberg followed those remarks, saying “Make no mistake, Mr. President: I am not afraid of you, and I will not let you bully me or anyone else in America.”