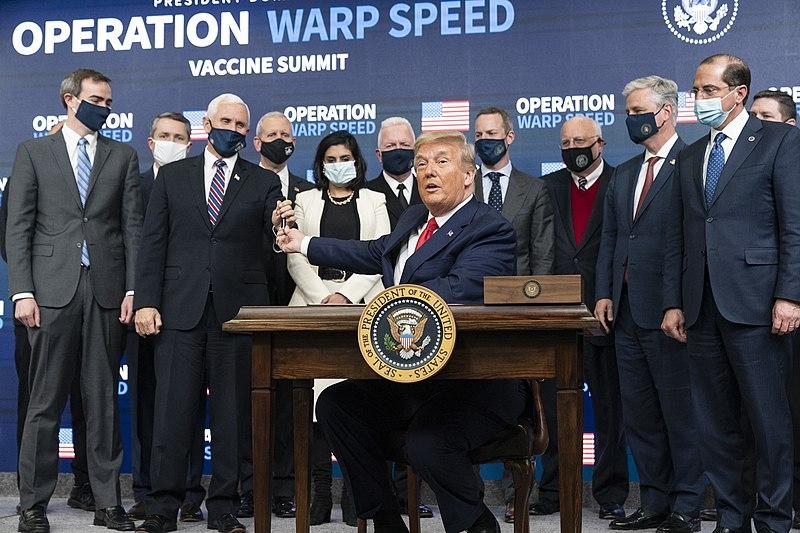 Former President Donald Trump is keen on maintaining his influence over the Republican Party and determined to back candidates he deems have been loyal to him. Trump made another endorsement today for GOP Senator Ron Johnson.

Trump announced Thursday that he is backing the Wisconsin Republican, even if Johnson has not announced that he would be seeking a third term. Nevertheless, Trump appeared to urge Johnson to run for a third term in the Senate in his statement issued by his Save America PAC.

“Even though he has not yet announced that he is running, and I certainly hope he does, I am giving my Complete and Total Endorsement to Senator Ron Johnson of Wisconsin,” said the former president in his statement. “He is brave, he is bold, he loves our Country, our Military, and our Vets. He will protect our Second Amendment and everything else we stand for. It is the kind of courage we need in the US Senate. He has no idea how popular he is. Run, Ron, Run!”

Trump’s endorsement of Johnson, who has since become a key ally of the former president, comes ahead of his appearance at the upcoming RNC Spring Donor Retreat at Palm Beach, Florida. Johnson is expected to be one of the speakers at the retreat while Trump will be speaking to donors at a cocktail event at his Mar-a-Lago resort.

The former president’s endorsement was also met with criticism from Johnson’s Democratic rivals in the state, Tom Nelson and Alex Lasry who are both looking to unseat the Wisconsin Republican in the upper chamber. Lasry described Johnson as being the former president’s “most trusted lackey” on Twitter.

In other related news, Trump’s former Secretary of State, Mike Pompeo, was now hired by the pro-Trump network Fox News as a contributor. In a statement, Pompeo said that he plans to provide his insight into geopolitics, international relations, and the Trump administration’s America First policies. Pompeo became the Secretary of State in 2018 succeeding Rex Tillerson until the end of Trump’s presidency. He was also a member of Congress and CIA Director.