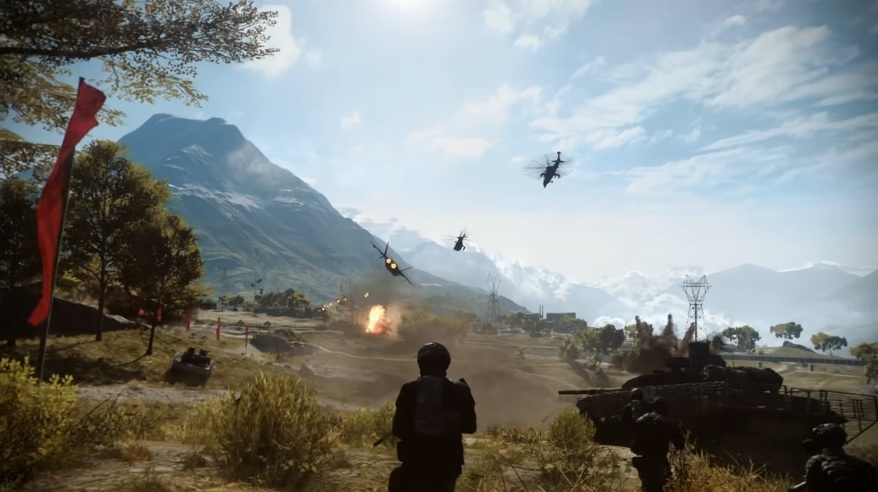 There have been plenty of rumors and information leaks about “Battlefield 6” over the previous weeks. While EA and DICE have yet to confirm any of these details, the latter has finally recognized the game’s ongoing development. The studio also confirmed a “standalone” mobile title is also in the pipeline.

Many fans may have hoped that an all-new “Battlefield” game was to be released in 2020 since the series does not have a new installment since 2018 when “Battlefield V” was launched. One thing is for sure, and that is the drought will end in the coming months as DICE confirmed “Battlefield 6” will be available before the end of 2021.

It appears that the general gameplay features and plot for “Battlefield 6” have been finalized as DICE confirmed the development is currently in “daily playtesting mode,” which involves polishing and balancing. There was no mention of the highly rumored battle royale mode, but Gabrielson described the upcoming game will feature all-out military warfare and added, “Massive battles, packed with more players and mayhem than ever before.”

Well-known leaker Tom Henderson also took note of DICE, saying that “Battlefield 6” will be experienced “with the power of next-gen consoles and PCs.” The tipster said it could be a subtle hint at the next game not having a version for last-gen consoles PS4 and Xbox One.

‘Battlefield’ for mobile platform is launching next year

The other big news DICE announced is that an all-new “Battlefield” game specially designed for mobile devices is in development by Industrial Toys. Again, no specific details were revealed about its gameplay and plot, but Gabrielson said it is going to be a standalone title and will be totally separate from the anticipated “Battlefield 6” for consoles and PC.

Gabrielson said the “Battlefield” mobile has been in the works for years and will soon enter its own testing phase. DICE promised to reveal more information “soon” about both upcoming projects. But the game intended for phones and tablets will not arrive in the market until 2022.