Amazon’s Jeff Bezos: Citizens launch petition to stop him from returning to Earth after space travel next month 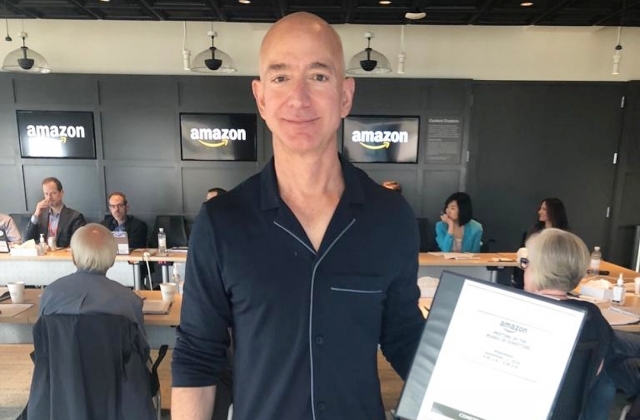 Amazon chief Jeff Bezos previously announced his plan to travel to the edge of space next month. He said that he would be one of the first few civilians who will be able to go on the very first passenger flight to space aboard his own company, Blue Origin’s New Shepard rocket.

Jeff Bezos’ wish to see the space beyond Earth

The billionaire and richest man on Earth said earlier this month that he would be traveling to space with his younger brother, Mark. They will take an 11-minute flight and another person who paid $28 million in an auction for a seat in New Shepard is joining them.

As per the Econotimes, Jeff Bezos mentioned that his flight to the edge of space has been scheduled for July 20. This travel date is only 15 days after he officially steps down as Amazon’s chief executive officer. He announced about his plans via social media.

"Ever since I was five years old, I have dreamed of traveling to space," he wrote on Instagram. "On July 20th, I will take that journey with my brother. The greatest adventure, with my best friend."

In any case, after telling the public about his upcoming journey to space, petitions were published and these calls for Jeff Bezos to never return to Earth after his space tour. Thousands of people have supported the call and it is calling the attention of many more.

In one of the petitions titled "Do not allow Jeff Bezos to return to Earth," the petition creator said that, “Billionaires should not exist on earth, or in space, but should they decide the latter they should stay there.”

The signatures gathered for this petition are already close to its goal of 75,000. As of today, it has more than 74,000 signatures and counting. There are other petitions like this, but this is the one with the biggest count of supporters so far.

Meanwhile, Jeff Bezos and five other individuals will be traveling to space through the New Shepard rocket. It has a capsule where the passengers will be fitted in and the travel will be short. They are expected to fly back to Earth in less than 15 minutes.