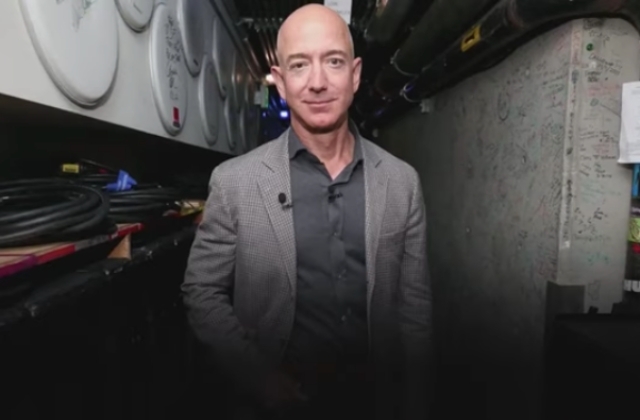 Jeff Bezos revealed that he will be joining the crew for the first human flight of his company’s Blue Origin next month. He will go to space via the first crewed flight of the rocket ship called the New Shepard that was built by his space company.

The space flight that the Amazon chief dreams of

The 57-year-old business magnate further shared that the flight has been set for July 20, and he will be traveling with his younger brother, Mark. The flight schedule is just 15 days after Jeff Bezos steps down as Amazon’s chief executive officer.

"Ever since I was five years old, I have dreamed of traveling to space," Bezos wrote in an Instagram post on Monday, June 7. "On July 20th, I will take that journey with my brother. The greatest adventure, with my best friend."

If everything goes as planned, the Amazon founder will be the very first billionaire to ride a rocket and see the space in a daring adventure. He poured millions into his space company, and now he can experience the technology that his own company has developed and made.

It was said that the owner of Virgin Galactic, the British billionaire Richard Branson, is also planning to launch space flights to suborbital space. He is offering such flights to super-wealthy individuals who enjoy adventures. Apparently, it is also aiming to compete with Blue Origin since it is both offering human flights to the edge of the Earth.

Branson also said before that he will be one of the first passengers of his Virgin Galactic flight that will also take place this year. On the other hand, CNN Business mentioned that while Elon Musk also has his SpaceX that builds powerful rockets that can also circle the Earth, he has not announced any intention to fly to space aboard his company’s spacecraft.

For the world’s richest man’s flight to space, he will be riding Blue Origin's New Shepard. It is a rocket with a six-seater capsule where the human passengers will stay throughout the trip.

It was said that the rocket is 59-foot and it will fly to the edge of space in an 11-minute flight. In this short time, the rocket will already reach more than 60 miles above Earth.

This was built after extensive research and a series of testing in the span of six years. Finally, in the regular flights after Jeff Bezos’ trip, anyone can also ride the New Shepard capsule and travel to space but the ticket will never be cheap.