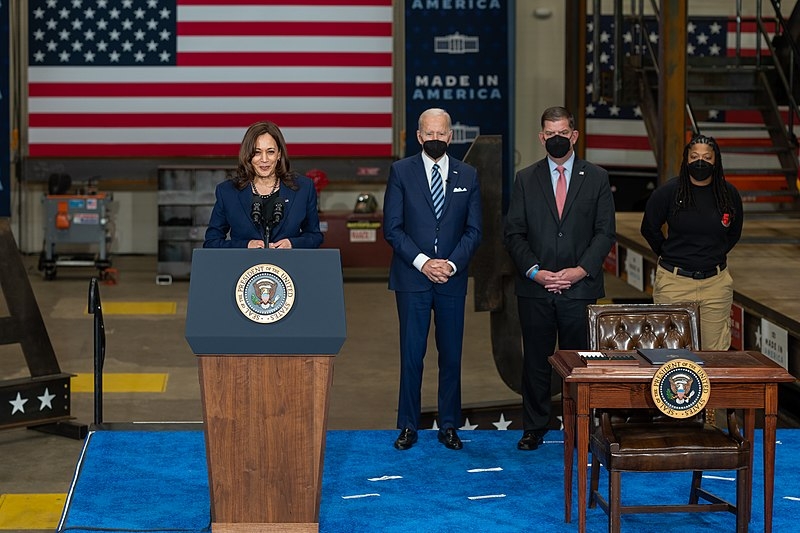 US Vice President Kamala Harris traveled to Philadelphia this week to discuss unions and meet with the local labor leaders. Harris also touched on the ongoing issues of inflation affecting the public during her visit.

Harris visited Philadelphia Tuesday, where she met with labor leaders and discussed the Biden administration’s commitment to workers. Harris delivered some remarks at the Sheet Metal Workers Association in South Philadelphia, where she reaffirmed the administration’s commitment. This comes amidst reports that more than 430,000 jobs were created in March, and unemployment has hit a historic low.

Despite the increase in jobs and drop in unemployment, many workers want the growing problem of inflation and rising prices in groceries and gas to be addressed and tackled. Many workers have grown frustrated with the pay cuts despite having good jobs paying high wages.

Harris also sat down with Actions News anchor Tamala Edwards for an interview, where the vice president noted that the Biden administration is doing what it can with measures such as lowering drug prices. However, Harris said she also knows it is not enough to counter inflation entirely.

“We have to be vigilant and have to keep working on this. We do know we created more than seven million jobs in our administration. We know there have been good economic benefits for the work we have done. But it doesn’t mean we don’t need to do more,” said Harris, who was also monitoring the shooting that occurred in a subway station in Brooklyn, New York.

The day before, Harris attended the “mock trial” by the Shakespeare Theatre Company where her husband, second gentleman Doug Emhoff was participating in. The trial was inspired by Shakespeare’s Much Ado About Nothing and was presided over by retiring Supreme Court Justice Stephen Breyer.

The question before the court was whether or not the character Margaret should be held criminally liable for Don John’s defamation of Hero. Emhoff, who previously worked as an entertainment lawyer for almost 30 years, was the advocate for Margaret. DC litigator and founder of law firm Katz, Marshall & Banks Debra Katz, was in charge of making the case against Margaret.