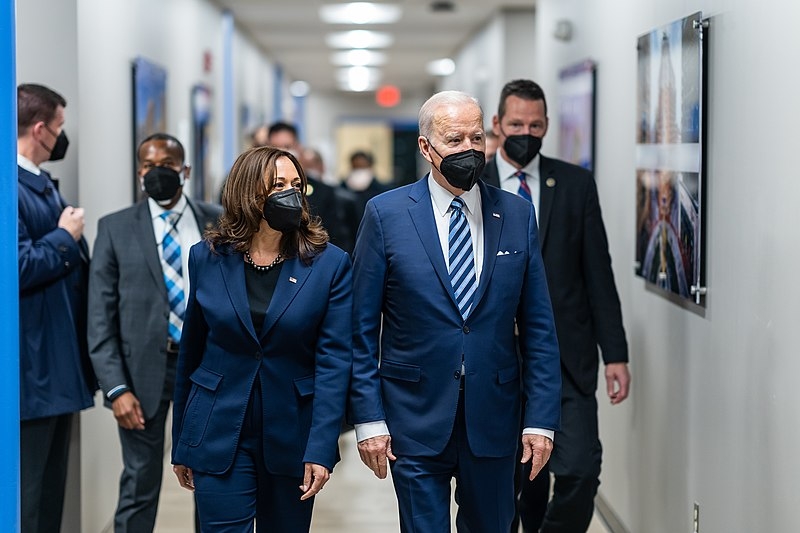 The Biden administration continues to attempt to clarify President Joe Biden’s comments that Russian dictator Vladimir Putin cannot remain in power following the invasion of Ukraine. Vice President Kamala Harris made it clear that the administration was not pushing for regime change.

In an interview with MSNBC host Joy Reid, Harris stressed that the Biden administration was not calling to oust Putin even as he continues to invade Ukraine. Harris also went on to explain that the country’s focus lies in supporting the Ukrainian people but holding Putin and everyone involved in the war accountable.

“Let me be very clear,” said Harris. “We are not into regime change. And that is not our policy. Period.”

Harris said that the US would see to it that there will be serious repercussions against Russia in the form of sanctions that many countries, including the US, have already imposed in response to the invasion.

“There are going to be real costs exacted against Russia in the form of severe sanctions, which we know are having a real impact and an immediate impact, not to mention the longer-term impact, which is about saying there’s going to be consequence and accountability when you commit the kinds of atrocities that he is committing,” said Harris.

The vice president was also pressed on the ongoing investigation into the January 6 insurrection at the Capitol.

Harris said that there should be some response to the actions of sitting lawmakers and officials who have backed the insurrection last January 6, 2021. Harris noted that the Biden administration does not actively intervene or influence the ongoing investigations conducted by the Justice Department compared to the Trump administration.

In other related news, former President Barack Obama will be joining Biden and Harris at the White House this week to commemorate the anniversary of his landmark Affordable Care Act. A White House official said over the weekend that Obama will be delivering remarks celebrating the success of the landmark legislation that he signed into law in 2010.

The White House also said that Biden, who served as Obama’s vice president for his two terms, will also look to strengthen the ACA. HHS Secretary Xavier Becerra and other members of the Cabinet will be joining Biden and Harris.