Russia-Ukraine conflict: Security talks between US, Russia to take place in January 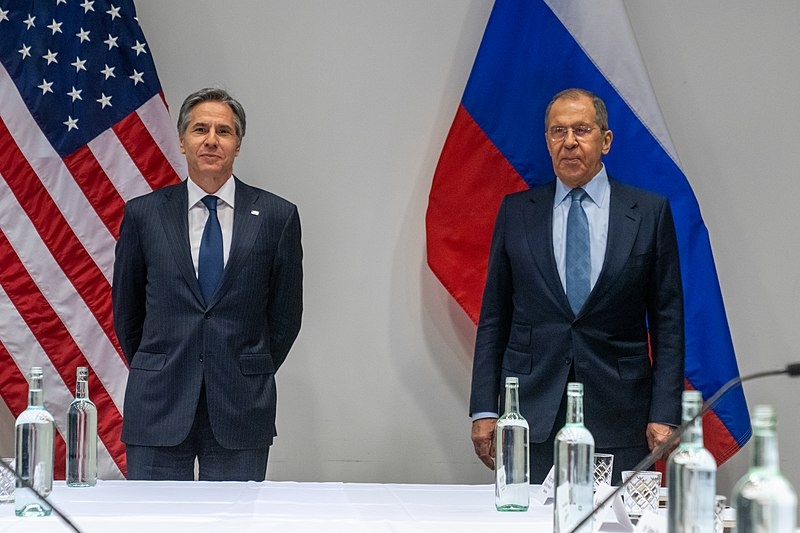 Security talks between Russian and US delegations were announced to take place in January. The discussions come as tensions remain between the two countries over Ukraine.

Russian foreign minister Sergey Lavrov announced that the US and Russia would be having security talks in January. In an interview that was live-streamed from the ministry’s website, Lavrov explained that Russian military officials and diplomats would meet with their American counterparts to discuss the list of demands Moscow is asking from Washington in light of the recent conflicts regarding Ukraine. The first official working day in Russia is on January 10.

Russia has sparked concerns due to the buildup of troops at the border it shares with Ukraine. This marks the second time such a move was made, prompting fears that an invasion may be in the works. The Kremlin has denied that it plans to invade Ukraine and instead claimed that its security in the region is becoming threatened due to Ukraine’s growing ties with the US and NATO.

Moscow compared the current situation to the Cuban missile crisis in 1962 when the world was close to reaching a nuclear war.

Moscow has released a list of demands it seeks from the US and NATO, many of which were viewed as a “non-starter” by the West. One of the demands is that NATO pledges to give up any military activity in Eastern Europe and in Ukraine. Lavrov’s comments follow the announcement by the Russian foreign ministry Sunday that it was considering a NATO proposal to restart talks regarding Russia’s security concerns on January 12.

Despite the announcement of negotiations between the US, NATO, and Russia, there are still fears of an invasion that continue to be fueled. Express reports that Russia is suspected of having deployed as many as 104,000 soldiers to the border it shares with Ukraine. This follows Russian President Vladimir Putin’s warning that Russia will respond accordingly to NATO should the alliance accept Ukraine as a member country.

The Russian defense ministry also recently posted video footage of military exercises being carried out close to the border and the Republic of Buryatia. In the footage, Russian troops could be seen targeting “enemy” targets with self-propelled howitzers Msta-S and anti-tank guided missiles, among other drills.