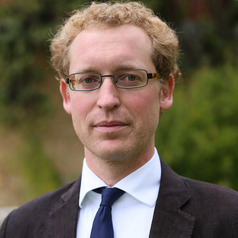 The famous “big five” personality traits – neuroticism, openness, agreeableness, conscientiousness and extroversion – have been a trusted workhorse in psychology for many decades. This is not surprising: they capture the deeper psychological foundations that influence how people look at the world and how they respond to the various stimuli life throws at them. By the same token, whether people have an open, or extrovert, or agreeable personality seems clearly relevant to how they look at the political world, too. Indeed, personality traits have recently started to attract the attention of researchers studying mass political behaviour.

It’s often thought that neuroticism is the one trait that plays virtually no role in driving people’s political ideology. But my new research, together with Markus Tepe from the University of Oldenburg, suggests that neuroticism seems to be strongly – if somewhat paradoxically – linked to how people feel about the welfare state.

Neurotic people tend not to handle stress well. They worry a lot and get nervous easily. They psychologically crave insurance against all forms of stress that life throws at them. Such insurance (or reassurance) is what welfare states offer. They provide replacement income through various programmes of social security and social safety nets through various forms of social assistance.

Neurotics, by sheer virtue of being more easily worried, stressed and nervous, might therefore be expected to value these safety nets. But, instead, we found they were more likely to express negative views about the welfare state, generally. But, at the same time, they also seem to need the reassurance provided by specific welfare state programmes more, in that they’d both feel more financially insecure when a social risk strikes and specifically want the state (not the market) to help them out in such an event.

We set out to explore the relationship between the big five personality traits and views about the welfare state in a sample of more than 5,000 German citizens. We looked into people’s level of satisfaction with the social security system as a whole, as well as how they feel about personally becoming financially insecure as a result of various instances of specific social needs: losing their job, getting sick, being in need of nursing care, or growing old.

In other words, we were interested in studying both people’s general satisfaction with the whole welfare state and their financial insecurity in the event of particular risks which different welfare state programmes could cater for.

But we also looked at whether people would actually like the welfare state (as a public entity) to step in and help. After all, markets also provide various forms of social insurance against risks like unemployment, ill health, and old age. So, we asked our respondents whether they preferred public rather than private sector involvement in catering for a whole range of social needs.

Clearly, personality traits are never going to be the only thing that matters here; people’s income, gender, age, early upbringing and ideology obviously matter, too. But even after taking these various layers into account we found that neuroticism increases people’s dissatisfaction with the welfare state as a whole.

When asked “how satisfied are you with insurance for health care, unemployment, pension, and nursing care i.e. the social security net?”, neurotic people reported lower satisfaction levels. The opposite was true for agreeable people.

But, interestingly, neurotic people also appear to think they need – and want – the reassurances provided by the welfare state more. They feel more financially insecure when sick, in need of nursing care, or old. And they more strongly want the state to step in and help out at times of ill health or need of help in the labour market or with family care.

The relationship between neurotic tendencies and political views and behaviours is important in an age of increasingly targeted political communication.

We now know that when you apply deep learning algorithms to look at what a user has “liked” on Facebook, you get a startlingly accurate picture of their personality.

We’ve also seen how this information can be scraped and used in political campaigns. The concern is that the stronger reactions some personality types have to certain political stimuli may be used and even abused via personality-customised political “micro-messaging”. Neurotic voters, once identified, could be precisely and effectively targeted by messages catering to, and inflating, their anxieties. Voters with another dominant big five personality trait could, in turn, receive very different and possibly inconsistent, but equally well-targeted, micro-messages from the same politicians.

“Welfare chauvinism” has been a particularly potent trend among far-right parties in recent years, combining xenophobic rhetoric with promises of lavish social safety nets. Such parties often claim, for instance, that too much immigration puts a strain on welfare resources and they promise more spending on “deserving native” voters if borders can be closed to “non-deserving” migrants. Our findings lead us to think that neurotic voters could end up being a key target for such tactics. Neurotics, after all, do seem to take social policy very personally.