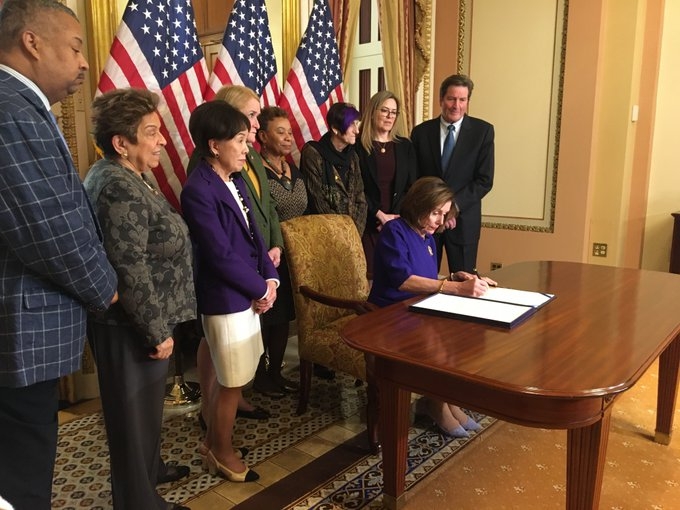 For the past several weeks, Republican lawmakers have been attempting to divert the blame of the Capitol insurrection last January 6 on House Speaker Nancy Pelosi. Ohio Congressman Jim Jordan claimed that Pelosi denied any request for police assistance during Capitol riots, a claim that was later proven to be false.

Jordan shared a link to a piece by Fox News suggesting that Pelosi and her Sergeant-at-Arms denied the request by the Capitol Police to send for the National Guard to assist in what ultimately became an insurrection at the Capitol. Jordan went on to claim that it took an hour for Pelosi’s team to finally approve the request. However, a fact-checker for the Washington Post found Jordan’s claim to be false.

Three key figures from the insurrection testified before Congress during a hearing last week about what had gone wrong that led to the violence that killed five people. Former Capitol Police Chief Steven Sund and former House and Senate sergeants at arms Paul Irving and Michael Stenger respectively recalled what actually happened a little prior to the insurrection.

Sund wrote to Pelosi a little almost a month since the Capitol riots, saying that he talked to two sergeants-at-arms to ask for help from the National Guard. However, the sergeant-at-arms at the time told Sund they did not have the authority to grant the request, but Irving - who was an appointee of former Republican House Speaker John Boehner - expressed concerns regarding the optics and felt that there was not enough evidence to require additional security.

“There’s no indication that Pelosi was at all involved,” said Washington Post fact-checker Glenn Kessley. “Irving supposedly made a vague reference to ‘optics,’ but there is no indication what that means. Moreover, Stenger, the Senate Sergeant at Arms, was also reluctant to support an immediate dispatch of the National Guard troops. So there is little reason to suggest Irving, acting under Pelosi’s direction, only was responsible. It appeared to have been a joint decision.”

Meanwhile, Pelosi said that the sexual harassment allegations made against fellow Democrat, New York Governor Andrew Cuomo are credible and should be given due process. Releasing a statement to Fox News, Pelosi said that the women who came forward to allege Cuomo’s supposed misconduct deserve to be respected. The House Speaker added that the allegations must be given due process by the independent investigation that would be launched.