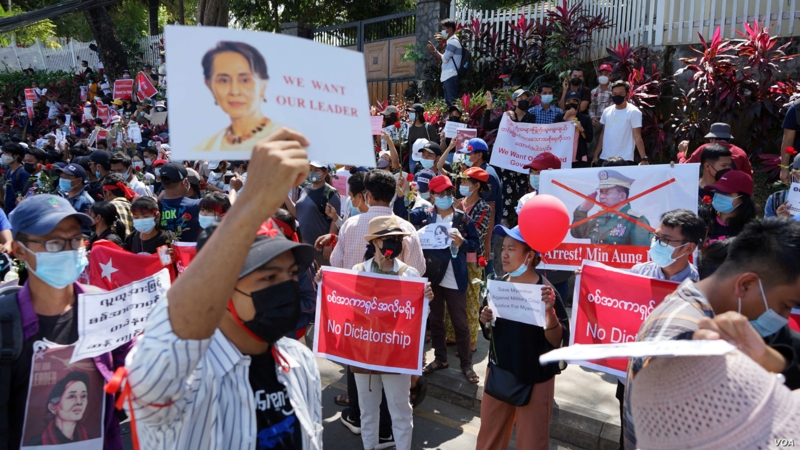 The Association of Southeast Asian Nations has led diplomatic efforts to end the ongoing coup staged by Myanmar’s military. However, the visit of an ASEAN envoy for the peace mission was highly criticized as protests erupted against the visit.

Reuters reports that small protests erupted following the visit of ASEAN envoy Prak Sokhonn who is from Cambodia to Myanmar. Prak Sokhonn’s visit was part of a peace mission that was seen by critics as a failure and an endorsement of the military junta that has engaged in a brutal crackdown on the public, with hundreds of people getting killed from the brutality.

Prak Sokhonn has also drawn criticism from activists and opposition groups, who claim that the Cambodian representative has shown favor to the military generals that seized power from the elected government and ousted leader Aung San Suu Kyi.

Cambodia, who is the organization’s chair, did not say who Prak Sokhonn met Tuesday. Myanmar state television also did not disclose the envoy’s activities while in the country.

Small protests occurred Tuesday in Mandalay and Kachin state, with some protesters carrying signs saying that Prak Sokhonn was not welcome in Myanmar, according to photos shared by activists on social media.

Human Rights Watch deputy Asia director Phil Robertson said that Prak Sokhonn showed “a clear tilt to the side of the junta.”

“By rushing to Myanmar to embrace top-level junta representatives without a clear agreement for steps forward on the five-point consensus, or even the possibility of meeting all meaningful stakeholders…Prak Sokhonn is granting the junta a public relations windfall,” said Robertson in a statement.

A report by Al Jazeera reveals that the constant military attacks on civilians have put many of those with disabilities and the elderly at risk. The outlet spoke with two people who were displaced and one civil society worker in the affected areas of the country. They described the ways the ongoing crisis has endangered many of the older population, who make up around 9 percent of the total number of people in Myanmar so far, as well as people with disabilities.

The report cited that some elderly citizens perished when Myanmar soldiers burned down homes as they are unable to flee. Some other problems include limited access to healthcare facilities, food, and humanitarian assistance. Those who suffer from limited mobility also face the possibility of being left behind or separated from their family when they are forced to flee.