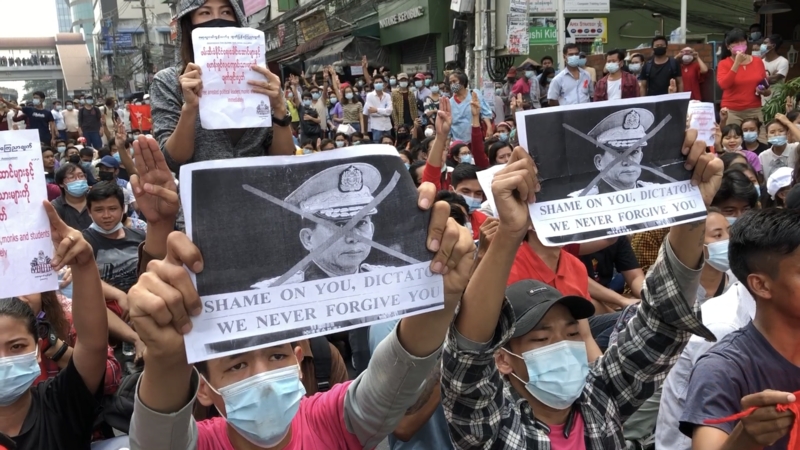 More than a year since the Myanmar military seized control of the country’s government, reports of clashes and killings continue as its public continues to resist the military junta. In the latest report by the United Nations, Myanmar’s military is accused of committing multiple human rights violations.

In the organization’s first comprehensive assessment on the ongoing coup in Myanmar, UN High Commissioner for Human Rights Michelle Bachelet said Tuesday that Myanmar’s military has shown a disregard for human life, using air raids and heavy weapons in highly populated areas, especially targeting civilians. Bachelet went on to cite that its military has tortured its victims, shooting them in the head, arresting them for no reason, and even used them as human shields in its crackdown on the country.

“The appalling breadth and scale of violations of international law suffered by the people of Myanmar demand a firm, unified, and resolute international response,” said Bachelet.

The military junta has denied the allegations of atrocities taking place, insisting that they are ensuring peace and stability in the country. The junta has also pinned the blame on terrorists for causing unrest.

The report by the UN is based on interviews with victims of abuse, as well as witnesses and satellite images. The report also verified media files and open-source information.

The unrest comes as the military seized control of the country, ousting leader Aung San Suu Kyi and other elected officials of her government last year. This led to widespread protests in the country, with other countries imposing sanctions on its military and its businesses. More than 1,500 people were killed from the military’s brutal crackdown to suppress the protests.

Previously, the US said it would be following ASEAN’s lead in only extending an invitation to a non-political representative of Myanmar to its upcoming summit in Washington that was to originally take place on March 28 to 29.

US President Joe Biden is looking to host his counterparts from the Southeast Asian nations in the in-person meeting, and a spokesperson for the US State Department said that it is supporting the alliance’s decision to only invite a non-political representative to high-level ASEAN events.