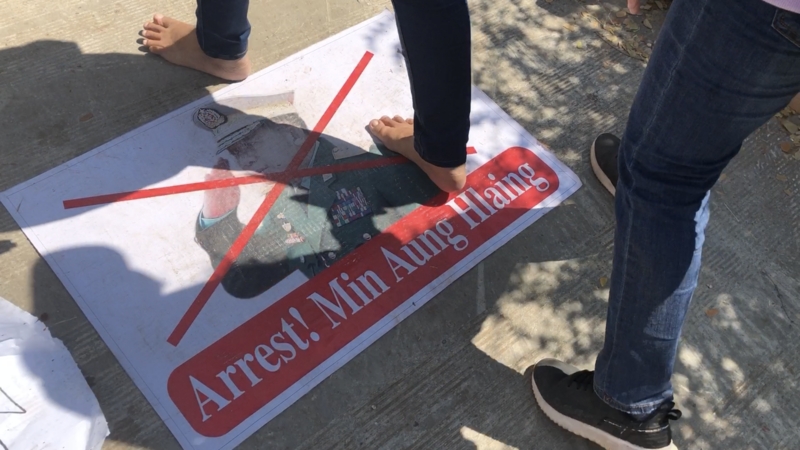 It is already more than a year since the military seized power and ousted the democratic government in Myanmar. This week, the military junta issued pardons to celebrities who have been detained for criticizing the regime.

Film industry figures Lu Min, Wyne, Pyay Ti Oo and his wife Eaindra Kyaw Zin, and male model and actor Paing Takhon. All of them were arrested for showing support to the protests that led to a brutal crackdown by the military. They were all charged for incitement, which has a possible three-year prison sentence, for encouraging employees to take part in the protests.

According to the TV reports, the celebrities were released in order to continue nation-building through their work in the arts. Popular beauty and fashion blogger Win Min Than was also given a pardon by the military junta. However, Win Min Than remains detained as she is convicted for unlawful association.

A Malaysian national convicted and imprisoned for drug charges back in 2019 was also given a pardon by the junta for humanitarian reasons.

Since the military seized power in February last year, over 12,000 people have been arrested and detained, with 9,400 remaining detained. The junta also started targeting celebrities and charging them with incitement of “spreading news to affect state stability.” Over 100 celebrities were on wanted lists with photos on state media.

Meanwhile, the US said Wednesday that it will follow the decision of the ASEAN alliance to invite a non-political representative of Myanmar to the summit in Washington this month, according to Reuters. This comes as US President Joe Biden plans to host leaders of the ASEAN nations on March 28 and 29.

“The United States supports ASEAN’s decision to invite non-political representatives from Burma to high-level ASEAN events,” said a State Department spokesperson, referring to Myanmar’s former name. “We similarly have decided to invite a non-political representative from Burma to the summit. The regime has failed to make meaningful progress on ASEAN’s Five-Point Consensus and should be held accountable.”