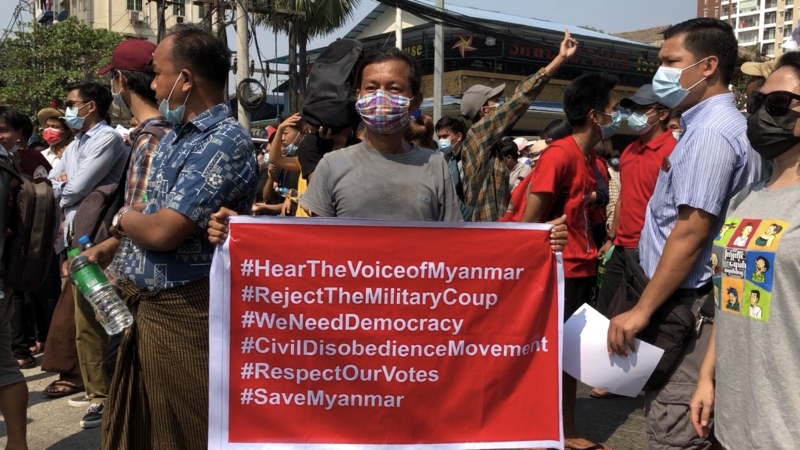 Myanmar marked Armed Forces Day on Sunday, with its military parading soldiers and weapons in the country’s capital Naypyidaw, in the second year since the junta ousted the country’s democratically-elected government to take control. General Min Aung Hlaing, who is leading the junta, rejected talks with the opposition he described as terrorists.

“I would like to say Tatmadaw will no longer take into account negotiation with the terrorist group and their supporters for killing innocent people…and will annihilate them into an end,” said Min Aung Hlaing in his remarks.

The five-point peace plan by the ASEAN nations calls for all sides to engage in diplomatic discussions but resulted in little progress. The Myanmar military has also engaged in a brutal crackdown that led to over 1,700 people being killed for protesting against its seizing of power from its elected government.

The military has accused the opposition resistance of killing civilians and security forces in its campaign. Activists, however, have said that the military has killed hundreds since the crackdown. Anti-coup protesters also emerged Sunday, with signs calling to “uproot the fascist military.”

The armed resistance group, the “People’s Defense Force” fighters, have regularly clashed with Myanmar’s military troops. Analysts say that the troops have difficulty in responding to the hit-and-run tactics.

New research published Tuesday last week also found that the country’s military and law enforcement deliberately killed civilians who have opposed its rule since February 2021 in a policy that would amount to crimes against humanity.

The report “found reasonable grounds to believe that the Myanmar junta is responsible for crimes against humanity.” The report also named 61 senior officials who should be investigated and prosecuted for the alleged abuses, including Min Aung Hlaing and his deputy Soe Win.