Michelle Obama coronavirus advice: Ex-FLOTUS encourages people to help others once quarantine is over 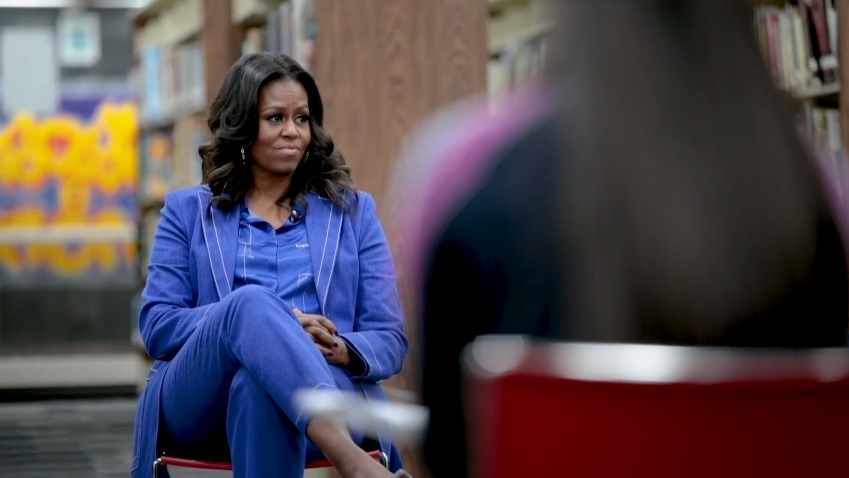 From the trailer of “Michelle Obama: The Story” | Photo credit: The Orchard Entertainment via YouTube Movies screenshot

Michelle Obama and her family are joining millions of families across the United States staying at home as one way to prevent the further spread of COVID-19, aka novel coronavirus. The former United States First Lady also revealed what her family has been up to during a phone call with her friend and TV host Ellen DeGeneres.

DeGeneres, like most TV talk show hosts, has decided to temporarily suspend the filming of new episodes for her program. This is in line with health experts’ advice to avoid mass gatherings and practice of social distancing amid the COVID-19 global pandemic. To keep herself and her fans entertained, she has been calling people from her obviously star-studded contacts and that includes Obama.

The comedian shared their brief conversation, filmed by her wife Portia de Rossi, on social media earlier this week. While Obama shared what has been keeping her family busy during the quarantine, she also used it as an opportunity to encourage people to help others once things are back to normal.

Obama acknowledged that the community quarantine policies and lockdowns in place around the world will have negative effects on people. But she also did not let the opportunity pass to share some positive perspective out of this health crisis.

“I feel for all the folks who are going to suffer because of what’s going to happen to the economy and we have to be mindful about what we’re going to do to support those folks when this quarantine is over and people are looking at what’s left of their business and their lives,” Obama said. “The positive side, for us, it’s forced us to continue to sit down with each other, have real conversations.”

Obama’s successor, First Lady Melania Trump, has also issued a public message earlier this week encouraging people to look forward to things going back to normal after the quarantine. “While changes need to be made now, this is not how we will live forever,” Trump said.

Michelle Obama shares activities of her family during the quarantine

Meanwhile, Obama also shared that everyone in their family including her daughters are home. She said they have done some “Netflix and chilling.” Obama also told DeGeneres that her daughters are in their respective rooms attending online classes. Former President Barack Obama just attended a phone call suggesting that he may still have some businesses he is taking care of while being on home quarantine.