Michelle Obama inspires journalist on the importance of ‘grit,’ helps change his perspective on life 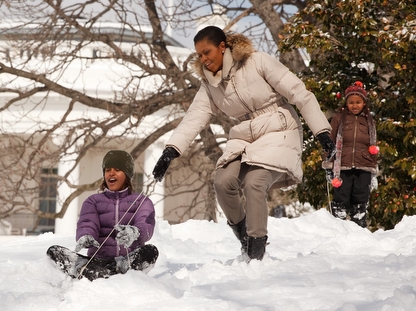 Michelle Obama inspired brand contributor Bashel Lewis without her even knowing it.

In an article he penned for Forbes, Lewis revealed that he’s the first male member of his family to graduate college. The journalist said that it would remiss of him not to acknowledge the village of women that raised him and imparted important lessons that have remained with him until today.

One of these women is Barack Obama’s wife. During Lewis’ senior year, the ex-FLOTUS delivered a speech at Booker T. Washington high school that changed the journalist’s perspective on life.

“All the changes you’re facing right now at home and in your neighborhood, those experiences are making you tougher; they’re making you stronger. Those are advantages; they’re not disadvantages,” Michelle said.

Lewis said that it was only after he went to college that he understood the former first lady’s advice. Michelle also talked about the importance of grit at that time and it was this grit that helped Lewis earn scholarships and honors at Pitzer College.

“How do you pick yourself up when you feel like somebody keeps knocking you down over and over again? You have got to have something called ‘grit,’” Michelle said years ago.

Now that Lewis is out of college, he said that his mission is to continue working towards being a voice for students, family members, and peers in the hopes of inspiring them just like what Michelle has done for him.

Meanwhile, Barack’s wife also made headlines this week after the law that the ex-POTUS signed to help minimize childhood obesity was criticized.

According to American Greatness, there is very little proof that Michelle’s efforts to restrict salt, sugar, and saturated fat from children’s school lunches have been beneficial.