Iran nuclear deal: Tehran will not back down from 'rightful and logical' stance in negotiations with West 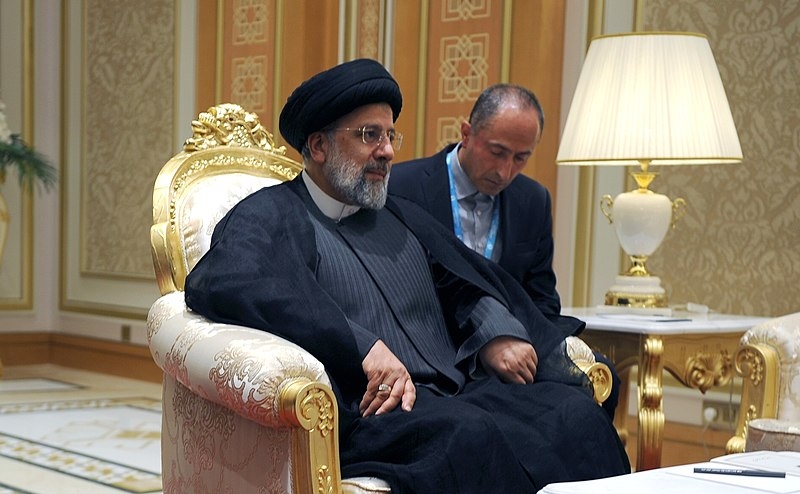 Indirect talks between Iran and the United States have resumed after a months-long pause in an effort to restart the 2015 nuclear deal. Iranian President Ebrahim Raisi said they would maintain their stance in the negotiations.

Raisi said Wednesday that Iran would not walk back from its stance that it considers “rightful and logical” in its indirect negotiations with Washington. Raisi’s comments come a day after France warned that there are only a few weeks left to revive the 2015 agreement.

“Iran will not back down from its rightful and logical stance…I advise the Americans to…see the facts and learn from their mistakes,” said Raisi in televised remarks.

Iran has refused to directly engage with the United States after then-US President Donald Trump withdrew from the deal in 2018 and imposed sanctions instead.

There were signs of progress toward reviving the deal back in March, but negotiations were derailed when Tehran demanded that Washington remove its Islamic Revolutionary Guard Corps from its Foreign Terrorist Organization designation.

Iran and the US held indirect negotiations last month in Qatar, but no progress was made. Tehran has since questioned Washington’s resolve in reviving the deal, while Washington said Tehran has made new demands that are unrelated to the agreement regarding its nuclear program.

France said Tuesday that there are only a few weeks in the window of opportunity to revive the 2015 agreement. Paris has accused Tehran of stalling negotiations while at the same time moving forward with its uranium enrichment. Iran has maintained that its nuclear program is for peaceful purposes.

Iran also weighed in on a possible agreement between the United States and Israel with Arab nations to counter Iranian drones and missiles. Iran’s foreign ministry said Saturday that such an agreement would only fuel tensions in the region.

“The entry of foreigners in the region…will not create security and stability but is itself the main cause of tension and regional rift,” said spokesperson Nasser Kanani according to Iranian state media.

This comes as the US and Israel are looking to lay out the plans for a security alliance with Arab countries, connecting air defense systems to counter Iranian drone and missile attacks in the region, according to people familiar with the matter.