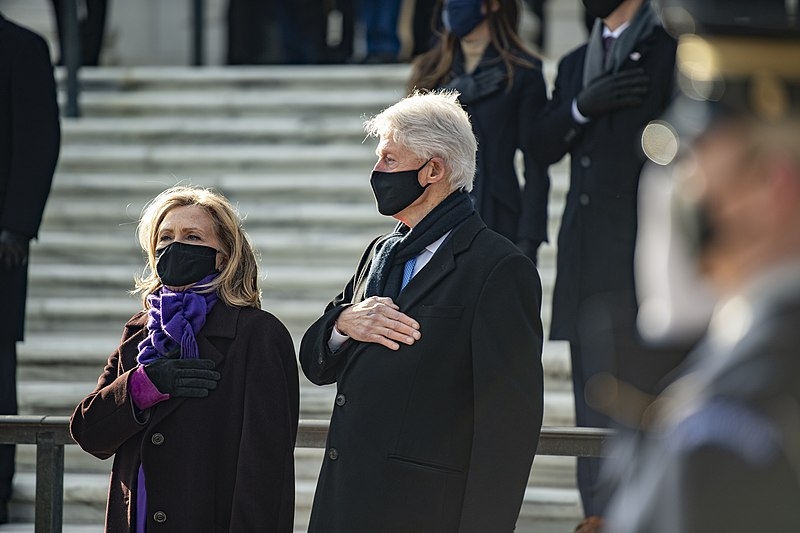 The recent unrest that has occurred in Northern Ireland has already prompted officials to call for peace and calm. Former Secretary of State Hillary Clinton recently claimed that the current unrest was due to the UK’s Brexit.

Speaking at an event at Queen’s University Belfast with US consul general Elizabeth Kennedy Trudeau, the former first lady discussed that the Biden administration is committed to the peace process. Mrs. Clinton noted that the recent unrest was brought on by the problems created by Brexit and added that the Northern Ireland Protocol in itself has “undermined the peace process.”

“When I was Secretary of State I even had an envoy committed to economic activity that could create more jobs for the people of Northern Ireland,” said Mrs. Clinton. “There is a very deep sense of connection with Northern Ireland and I know the Biden administration, the people who are in it, will be very attuned to what’s happening there,”

Mrs. Clinton’s comments follow reports of dozens of law enforcement officials were hurt in consecutive nights across Northern Ireland, most notably in Belfast. Loyalists were outraged at the new trading agreements under the Northern Ireland Protocol.

In other news, the Supreme Court previously rejected a bid by the conservative watchdog group to require Mrs. Clinton to be deposed over the use of her personal email when she previously served as a Secretary of State under the Obama administration. The justices made the decision through an unsigned order that was issued without comment. This follows a ruling last August 2020 by a federal appeals court that said Mrs. Clinton could not be compelled to sit for a deposition.

The conservative watchdog group Judicial Watch sought to depose the former lawmaker and her aide Cheryl Mills for the use of a personal email server. This was in relation to a 2012 attack on the US Consulate in Benghazi, Libya that killed US Ambassador J. Christopher Stevens and other Americans.