Hillary Clinton says US must help Taiwan in defense against China 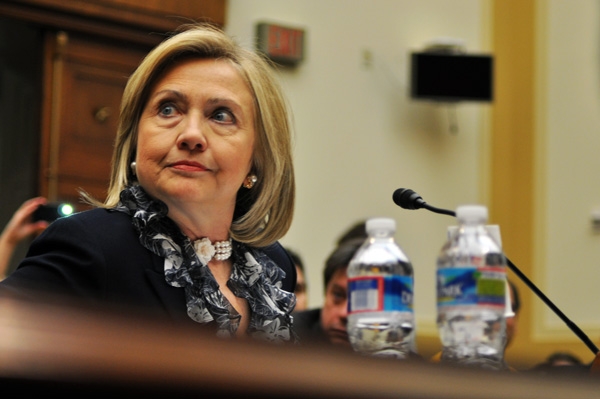 There has been some increasing tension between the United States and China over the issue of Taiwan, with the island nation seeking to defend its autonomy and independence from China. Former Secretary of State Hillary Clinton recently weighed in on the matter, saying that the US needs to assist Taiwan in defending itself against the Communist nation.

Speaking at a virtual seminar hosted by Washington think tank Council on Foreign Relations Monday, Mrs. Clinton urged Washington to provide more resources to assist Taiwan in the event of an all-out conflict with China. The seminar touched on the subject of whether Washington should change its approach from a cross-strait policy of ambiguity to clarity.

The former Secretary of State noted that the US must approach the situation involving Taiwan with caution, however, due to the increasing rhetoric from Beijing. Mrs. Clinton also noted that while the United States firmly supports Taiwan’s autonomy and fortification, she knows everyone wants to steer clear of a clash occurring between the three countries.

China has continued to claim Taiwan as part of the mainland and has blocked Taiwan from any global organization unless the island nation acknowledges China’s sovereignty. China has also maintained that Taiwan would be reunited, and has criticized the former US administration for corresponding with Taiwanese government officials.

Mrs. Clinton also warned that China may possibly tilt the balance of power in the world, not just in Asia. The former Secretary of State then called for a greater commitment to re-engage diplomatically with other countries while enhancing investments in the military.

In other news, Mrs. Clinton’s campaign adviser during her 2016 presidential bid was tapped by none other than the Duke and Duchess of Sussex themselves, Prince Harry and Meghan Markle. The Sussexes appointed Genevieve Roth, the founder of the agency Invisible Hand, to their Archewell Production and Archewell Audio Company. Roth’s appointment by the Sussexes may hint at possible political pursuits by the royals.

Roth’s agency will be taking on the efforts to push for racial and gender equality through storytelling. Aside from Mrs. Clinton’s presidential campaign, Roth also worked on the Obamas’ Let Girls Learn initiative.