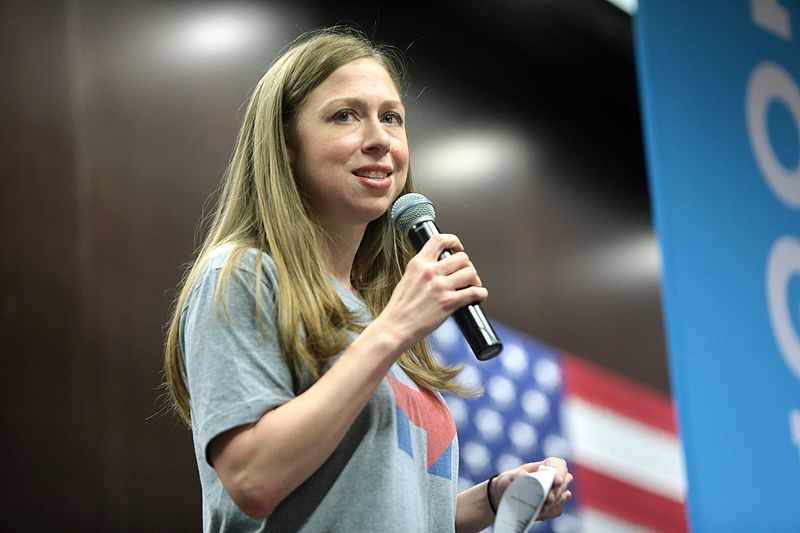 Following the podcasts of former President Bill Clinton and former first lady and Secretary of State Hillary Clinton is their daughter Chelsea Clinton with her own podcast series. Ms. Clinton’s podcast was announced to premiere next week.

The former first daughter will be joining her parents in launching her own podcast as iHeartMedia announced that the “In Fact with Chelsea Clinton” podcast will be premiering next week on April 13. Ms. Clinton’s podcast will feature interviews from various public figures, from actress and activist Jane Fonda to Atlanta Mayor Keisha Lance Bottoms. Ms. Clinton will also draw from her experience in politics, international relations, as well as public health.

The premiere episode will be featuring Jonathan Van Ness from Queer Eye, who announced he was HIV-positive in 2019, and HIV physician and health equity advocate Dr. Oni Blackstock. The former president and secretary of state both have podcasts on the iHeartPodcast Network.

“On this podcast, I’m looking forward to bringing conversations with some of the smartest and most interesting people I know to a new audience. From stigma to choice to the environment, my hope is that listeners will walk away from each episode informed, entertained, inspired, and with a better understanding of why public health matters -- certainly in this moment and always,” said Ms. Clinton in a statement.

In other news, the former Secretary of State was involved in another conspiracy theory that initially began on the infamous QAnon site related to the recent incident that occurred in the Suez Canal. A shipping vessel that blocked the canal had the name “Evergreen.”

Conspiracy theorists tied to Mrs. Clinton as the name was the former first lady’s Secret Service codename with the radio signals supposedly purposely matched her initials. However, a Facebook user that went on to push the theory claimed without proof that “Evergreen” was a cover for “human and sex trafficking.”

A spokesperson for Evergreen, Michael Voos, refuted the theory, saying that the ship and the company itself is not connected to the conspiracy theory, noting that the vessel could carry up to 20,000 standard 20-foot containers. “Evergreen has not now and has never been in the past connected in any way whatsoever to Hillary Clinton.”