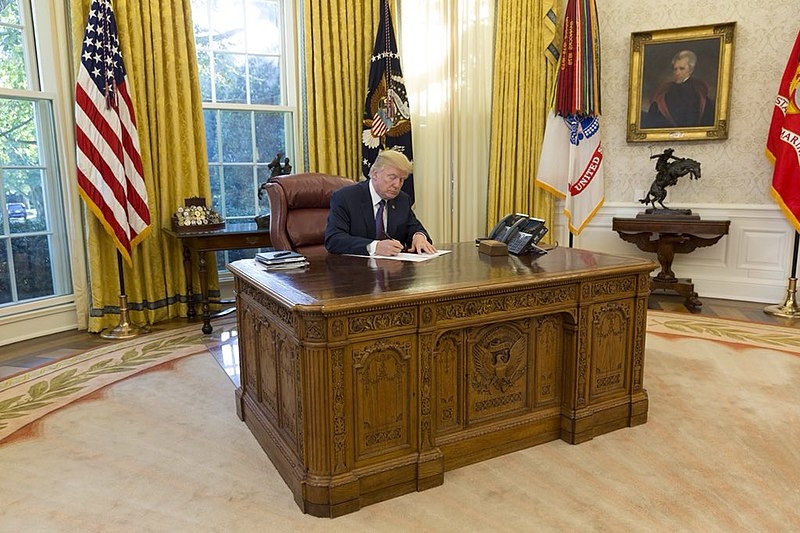 In the final weeks of his presidency and in the days leading up to the Capitol insurrection on January 6, twice-impeached former President Donald Trump targeted Georgia’s election officials in an attempt to stay in power. Recently, the state’s Republican Secretary of State said that he is willing to cooperate in an election interference probe.

Georgia’s Secretary of State Brad Raffensperger recently appeared on “Meet the Press” and told host Chuck Todd that his office is already coordinating with the Fulton County District Attorney Fani Willis in her investigation on the former president. Raffensperger added that he is willing to cooperate with the investigation even further if required. The Georgia Republican was targeted by the former president and his allies, including a damning phone conversation where Trump asked Raffensperger to “find” him 11,789 votes to overturn Joe Biden’s win in the state.

“We’ve fully complied, sent all the documents that we had, and she actually talked to some of our staff members. So if she wants to interview me, there’s a process for that, and I will gladly participate in that because I want to make sure that I follow the law, follow the Constitution, and when you get a grand jury summons, you respond to it,” said Raffensperger.

Willis has also assured the public that she intends to charge the former president with a crime if there is solid evidence to back up the charge.

Trump is already facing several lawsuits and is at the center of a number of investigations, some of which are related to his attempts to overturn the 2020 elections. The one-term president’s refusal to admit defeat has culminated in the January 6 insurrection at the Capitol. To this day, the former president continues to peddle his false election claims even as it has already been debunked by the courts.

Trump’s allies are also making efforts, likely at his direction, to get officials to overturn their election results in the states that Biden won. A Republican Senate candidate claimed that known Trump ally, his former national security adviser Michael Flynn, was attempting to blackmail election officials in states into conducting audits in support of the former president’s “big lie.”

Everett Stern, who is running for the open US Senate seat for Pennsylvania, held a press conference over the weekend to share his findings. Stern also claimed to be coordinating with law enforcement officials regarding the situation.