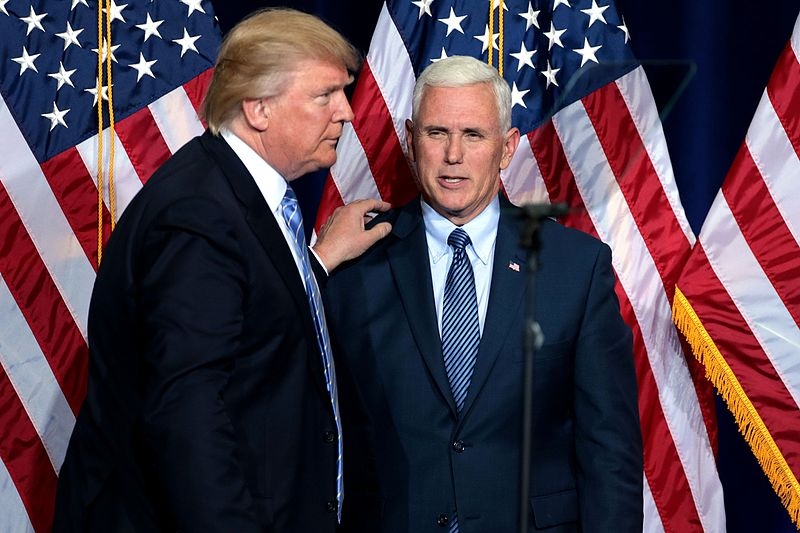 Many damning details regarding what transpired in the Trump White House on the day the Capitol insurrection took place were revealed in a book by journalists Bob Woodward and Robert Costa. Costa revealed another damning detail of what twice-impeached former President Donald Trump did as the siege occurred.

Over the weekend, Costa appeared on MSNBC and explained what was happening in the Trump White House during the insurrection. Costa pointed out the legal battle between then-vice president Mike Pence’s lawyer and Trump’s lawyer John Eastman over who was to blame for the insurrection that happened hours after the “Stop the Steal” rally. The journalist added that Trump was not fazed when his national security adviser Keith Kellogg informed him that Pence’s life was in danger.

“Trump, he’s in the Oval Office, and he’s confronted by Keith Kellogg, ‘Pence is in trouble over at the Capitol’ and Trump just keeps watching television, as almost an idle person as this insurrection unfolds. And yet, Trump, of course, had been very aggressive in pushing Pence in the days prior,” explained Costa.

Meanwhile, there has been growing frustration among those who have condemned the Capitol insurrection towards the Justice Department led by Attorney General Merrick Garland for slow-rolling the prosecutions on Trump and former Trump officials for their involvement in the Capitol insurrection. Democratic Rep. Ruben Gallego demanded that Garland do more to prosecute the former Trump officials who attempted to pressure Pence into overturning the 2020 election results.

“Look, either Merrick Garland steps it up or steps out,” said Gallego on CNN. “The attorney general of the United States, the most important thing is to protect the Constitution of the United States. He’s failing now because he wants to stick to some norms. There is no norms when there’s an almost-coup in this country!”