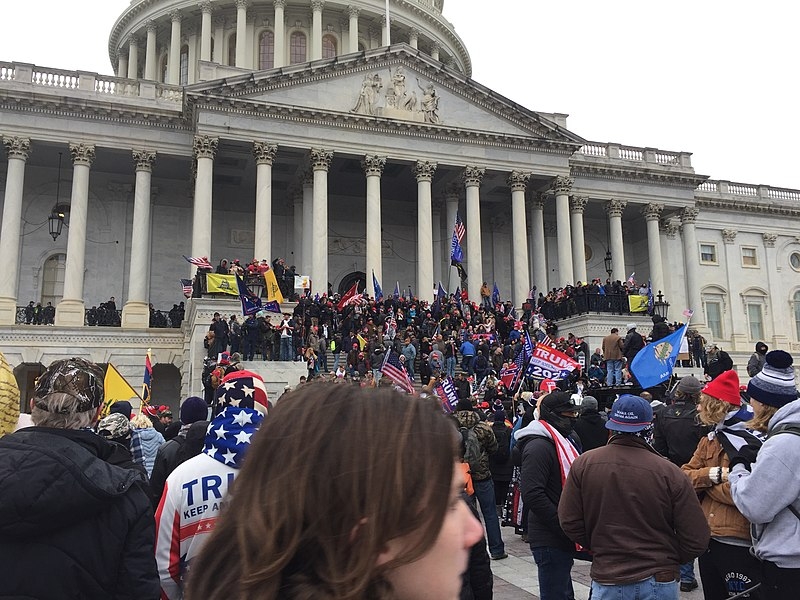 The House Committee investigating the Capitol insurrection on January 6 has looked to obtain records from the Trump White House. As the former president continues to attempt claiming executive privilege over the documents, the panel has temporarily stepped back on its request, noting the possible attempts of Trump and even his allies to stall in the courts.

Politico reports that the House Committee has temporarily delayed its request to the National Archives for records of the Trump White House related to January 6. The National Archives has already determined the relevant records on the January 6 insurrection, but lawmakers and aides have also said they want to avoid a possible court negotiation over the records that may be protected under attorney-client privilege.

The House committee has reportedly deferred its request after talking with the Biden White House. It remains to be seen if the delay would be at the Biden administration’s request or the panel’s.

“We are not acknowledging privilege in any of these cases -- especially because President Biden is failing to exert an executive privilege -- and we don’t think that trying to overthrow the US government is something that triggers executive privilege,” said Democratic Rep. Jamie Raskin, who serves on the committee. “It’s hard to see that as part of the official duties of a president.”

US President Joe Biden has repeatedly rejected his immediate predecessor’s claims of executive privilege over documents of his White House that are related to the Capitol insurrection. White House Counsel Dana Remus also recently told the National Archives that it should provide any of those 50 pages of related documents at the panel’s request.

The House Committee continues to subpoena key individuals involved in the attempt to overthrow the 2020 election as well as the January 6 Stop the Steal rally. The panel is set to serve John Eastman with a subpoena to testify and provide information. Eastman is known for the infamous memo that was published detailing the steps to overturn the results of the 2020 elections.

“It will happen,” Democratic Rep. Bennie Thompson, who chairs the committee, told the Washington Post.

Eastman reportedly told the news outlet last week that he has not been contacted by the committee. However, a person familiar with the matter disputed Eastman’s comments, saying that the House investigators have already contacted him.