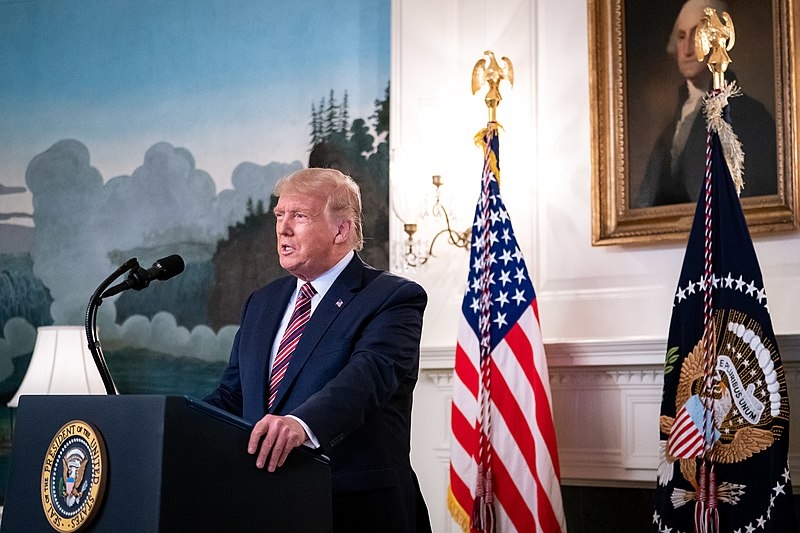 Speaking on CNN Tonight with Don Lemon, Cohen said that Trump’s “joke” about wanting to stay in office is actually the opposite. Cohen explained Trump’s admiration for dictatorial heads of state like Kim Jong Un, and that he believes he should rule the United States in a dictatorial fashion, while also looking to alter the Constitution.

“Donald Trump believes that he should be the ruler -- the dictator of the United States of America. He actually is looking to change the Constitution. When Donald Trump jokes about 12 more years … he is not joking. Donald Trump does not have a sense of humor,” said Cohen.

Cohen added that should Trump get reelected in November, he will already start thinking about how he can change the Constitution to get a third term in office, and then a fourth term. This would be the reason why he admires people like the North Korean dictator. Since then, he has actively warned against voting for Trump and described the White House in the current administration as a “cult,” including the Trump Organization in itself.

Aside from Cohen, journalist Bob Woodward has also dropped a book about Trump called “Rage.” Made up of interviews Woodward has conducted with Trump, excerpts from the book that have surfaced online reveal Trump’s thoughts about the North Korean dictator. Trump described Kim was a very smart man, and even recalled the time Kim told him about how he had his own uncle executed.

It was also revealed that Trump dismissed the intelligence community’s assessment that North Korea will not give up its nuclear arms. Trump also reportedly said that the CIA has no idea how to tackle North Korea.