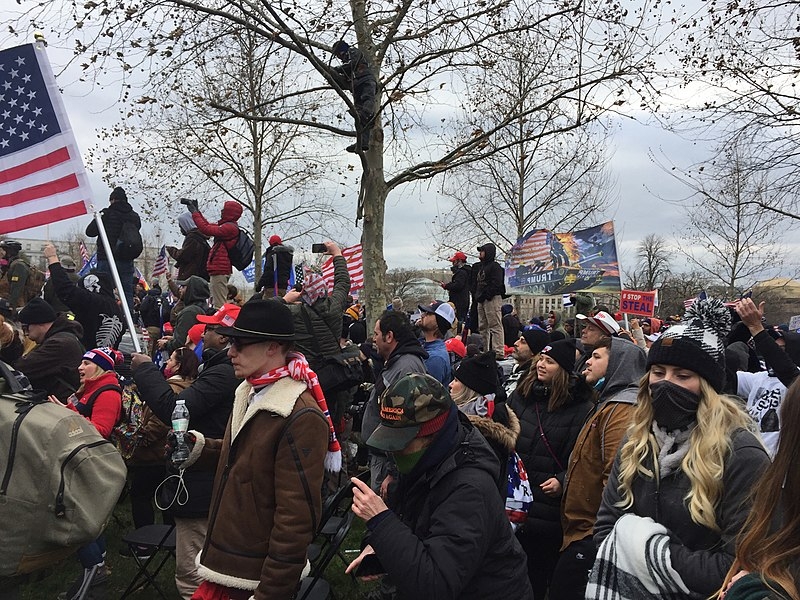 So far, hundreds of insurrectionists who stormed the Capitol on January 6 have already been arrested by the federal authorities. The feds have recently arrested one insurrectionist who claimed to be “invincible” after being tipped off by his fellow rioter.

Federal authorities have arrested insurrectionist Landon Mitchell, who participated in breaking into the Capitol on January 6. Mitchell was identified by a former co-worker who also took part in the insurrection, Luke Wessley Bender. Bender was arrested back in July when a former high school classmate tipped the FBI.

According to the Huffington Post, Mitchell boasted to a friend on Facebook that he took part in the Capitol insurrection. Mitchell appeared in a video on the floor of the Senate, as well as went through a Senator’s desk and went to the dais and posed for a photo with the infamous QAnon Shaman. Mitchell also posted photos of himself in the Senate chamber on Facebook.

“Later, when a friend feared that the FBI might arrest Mitchell, he wrote that he was ‘invincible’ and ‘not too worried’ because he ‘was masked up the whole time’ he was inside the Capitol,” reported the outlet. Michell bragged about being seen in video footage that was published in the New Yorker but noted that only the back of his head was visible in the clip.

ViceNews reports that the insurrectionists -- supporters of twice-impeached former President Donald Trump -- that have been detained have banded together at the DC Correctional Treatment Facility to form what they describe as a “Patriot Wing” of the prison. The report also details that the insurrectionists have also formed their own newsletter that they pass amongst themselves and sing “Star-Spangled Banner” to each other every night at 9 p.m.

According to extremism experts, they told Vice News that this experience may only further radicalize the insurrectionists. It should also be noted that the insurrectionists that are still detained at the facility are those who judges have deemed to be too dangerous to be given a pretrial release. This includes members of the right-wing militia groups Proud Boys and Oath Keepers, as well as the insurrectionists that have carried out the most violent assaults on the Capitol Police officers that day.