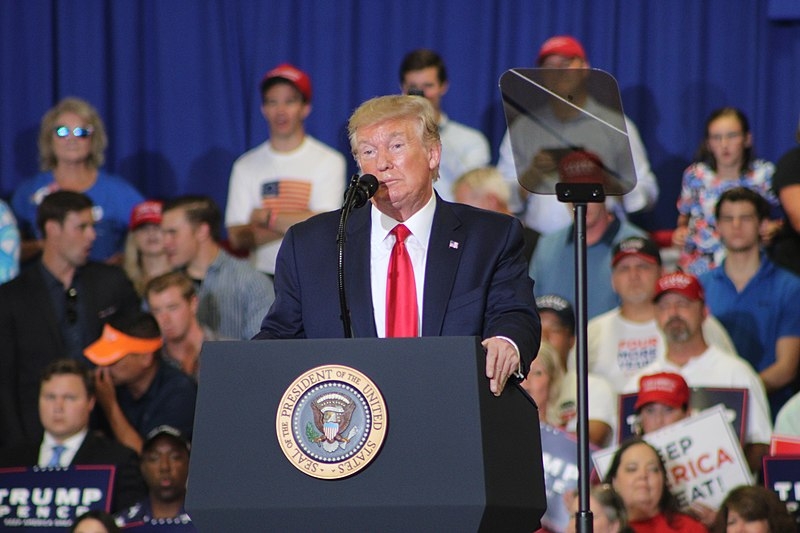 More details are surfacing regarding what was transpiring at the White House as the Capitol insurrection took place. In a new book by ABC journalist Jonathan Karl, it revealed the earlier versions of the video message twice-impeached former President Donald Trump made that did not ask the insurrectionists to leave.

Karl’s book, “Betrayal,” which launches this week, revealed that the former president had a few takes on the video message before the one that was ultimately released, telling the insurrectionists to go home. A former staff member of the Trump White House who was present when the message was being recorded told Karl what the earlier takes of the message were. It was revealed that Trump did not ask for the insurrectionists to leave the Capitol in the earlier takes and even empathized with them.

“If this was deemed an acceptable message, what was in the messages that were rejected?” wrote Karl. “A White House aide who was there as the president taped it told me that in the earlier rejected versions, Trump neglected to call on his supporters to leave the Capitol. He empathized with their anger but he didn’t call on them to go home.”

Karl also revealed that Pat Cipollone, who was the White House counsel at that time, nearly resigned on the spot following the insurrection. However, Cipollone chose to stay, and Karl went on to reveal that Cipollone also warned Trump to condemn the insurrection or he would risk getting removed from office either through impeachment or through the invocation of the 25th Amendment.

In another excerpt from the book, Karl revealed that Trump’s daughter and son-in-law, Ivanka Trump and Jared Kushner, hosted a dinner party on January 7. During the whole event, Karl wrote that no one mentioned the Capitol insurrection that happened the day before.

Karl revealed that one of the people who attended the dinner party told him that the conversation was focused on a new think-tank to promote free-market economics in a manner that would also appeal to Democrats. Not even Ms. Trump or Mr. Kushner made any mention of the Capitol insurrection.