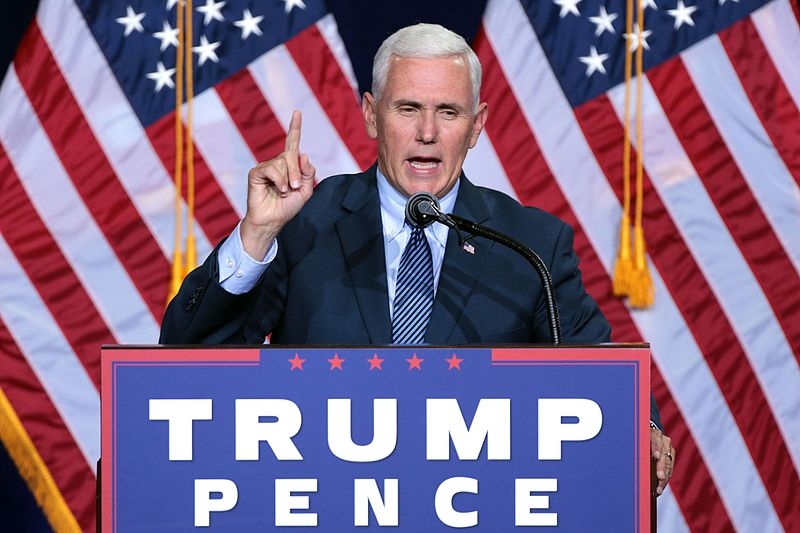 In the months following the Capitol insurrection, more and more details have emerged revealing the attempts twice-impeached former President Donald Trump and his allies were making to stay in power. According to Watergate reporter Carl Bernstein, the infamous memos drafted for Mike Pence to overturn the election results is a blueprint of a coup.

Bernstein weighed in on a recording of Trump and ABC journalist Jonathan Karl’s conversation, where the former president did not deny that he told Pence that if he does not overturn the 2020 election results, he is a “p***y.” The Watergate reporter said that there is more to the former president’s comments and touched on the memos drafted by lawyers John Eastman and Jenna Ellis. The memos detailed how Pence could overturn the 2020 elections, which Pence ultimately refused to do.

“I think what we’re seeing in these memos particularly are blueprints for a coup,” said Bernstein. “The actual blueprints in document form in which the president of the United States, through his chief of staff, is sending to Mike Pence’s, the vice president’s staff, a blueprint to overturn an election, a blueprint for a conspiracy led by a president of the United States to result in an authoritarian coup in which the election is stolen.”

Bernstein added that there is nothing that comes close to what happened in the 2020 elections and that it is all documented in writing. The Watergate reporter noted that more records are needed to determine what the former president said and did, especially on January 5 and January 6. Bernstein added that the House Committee must act fast to find the answers in case the GOP regains the majority in the House in 2022.

During the siege and in the aftermath of the insurrection, many have urged the members of Trump’s Cabinet to invoke the 25th Amendment. Karl revealed in his appearance on “Morning Joe” that during the insurrection, then-Treasury Secretary Steve Mnuchin called then-Secretary of State Mike Pompeo on January 6, talking about invoking the said 25th Amendment to remove Trump from office.

Karl explained that Mnuchin talked to Pompeo on the evening of January 6, where the then-Treasury Secretary brought up the notion of invoking the 25th Amendment. According to Karl, Pompeo also asked for a legal analysis of how the 25th Amendment would work.