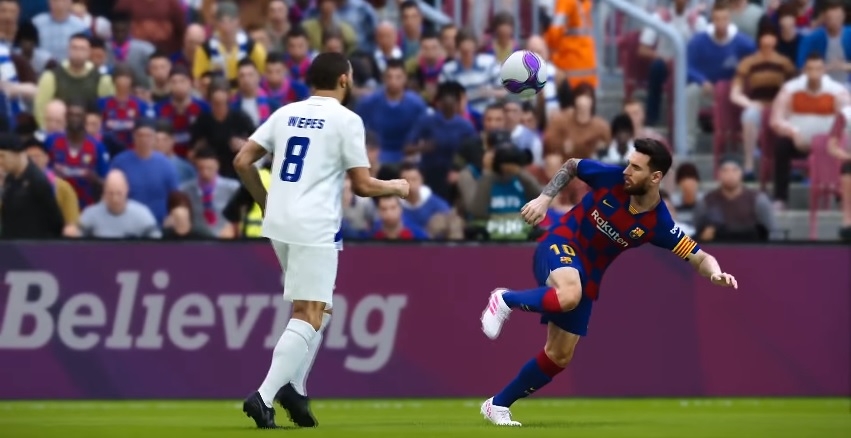 April could have been one of the biggest months for “eFootball PES 2020” just because of the release of the UEFA Euro 2020 content update. Unfortunately, players of the football sim will now have to wait indefinitely as Konami postpones its release originally planned for next week.

Konami delivered some bad news at the start of the week to “eFootball PES 2020” regarding the state of the UEFA Euro 2020 DLC. The free content, slated to go live at the end of the month, has ultimately been removed from its original release date.

The announcement comes after Konami reportedly confirmed that a couple of employees at one of its offices in Japan tested positive for coronavirus. In a blog post posted on Monday, the video game company said, “In an effort to contain the spread of COVID-19, the ‘eFootball PES 2020’ development team is going through some changes.”

The company did not mention what those changes were specifically. But Konami was likely referring to having their other employees, including “eFootball PES 2020” developers, work from home to observe social distancing. No matter how players view this announcement, this is a necessary precaution for everyone’s safety. It should be noted that Konami is not the only company that announced a delay of upcoming content as most video game studios adhere to social distancing protocols.

With that, the release of the UEFA Euro 2020 for “eFootball PES 2020” will no longer take place on April 30. Konami did not mention a specific schedule or even a new release date window, though.

The free content update is not the only aspect of “eFootball PES 2020” affected by the changes within Konami due to the pandemic. The developer also told gamers that Featured Players will temporarily unavailable for signing.

[NOTICE] With our limited resources available, we have made the decision to recycle previous Iconic Moments #myClub campaign(s) in #eFootballPES2020. 1/2

The lineup of the Iconic Moment Series has also been disrupted this week. Fans are advised to look out for further announcements in the coming days or weeks. Meanwhile, to compensate for the delays, Konami has distributed free 300 myClub coins to anyone who has finished the myClub tutorial as of Monday, April 20.