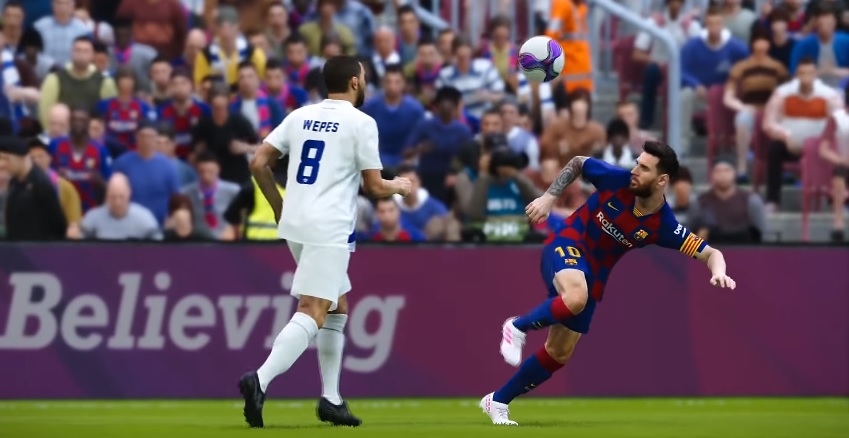 The biggest sporting events of the year have either been canceled or postponed indefinitely due to the global pandemic caused by coronavirus. It is then not unlikely that the decision to change the Regional Finals format of the "eFootball PES 2020" eFootball Open has also been changed as a public safety precaution.

Konami announced the changes for the upcoming eFOpen Regional Finals on Thursday. Note, however, that the announcement is only posted on the "eFootball PES 2020" website. At the moment, the new plan is not reflected yet in the dedicated website for the eFootball Open.

Konami did not explicitly mention the COVID-19 pandemic as the reason for the format changes. However, the developer said in the same statement, “Due to circumstances beyond our control, we have decided to run the eFootball.Open Regional Finals online.”

The latest plan indicates that participants from Europe, the Americas, and Asia will be competing through the "eFootball PES 2020" Online Tournament mode. Konami will host the contests on different servers per gaming platform. Originally, contestants were supposed to compete at an event held in public venues in each region.

The Regional Finals were originally scheduled in May to June. However, Konami’s latest update mentioned about an “updated schedule” that will be posted on the “eFootball PES 2020” website before March concludes. Meanwhile, Konami also hinted at the possible schedule changes for the eFOpen Finals. These events were originally planned to take place in July.

This new format will not affect how the participants per region and platform are selected. This means contestants will be chosen according to their "eFootball PES 2020" competition record, among other qualifications. “No changes will be made to the rules regarding which teams can be used during the finals, and stat balancing will still be in effect during all competition matches,” Konami added.

Per the original format, the eFOpen Regional Finals will be played by participants who registered with the same team. Contestants will be playing with a preset roster of the "eFootball PES 2020" team they chose upon signing up for the Regional Finals. Lastly, stat balancing will still be in effect at this stage of the competition.