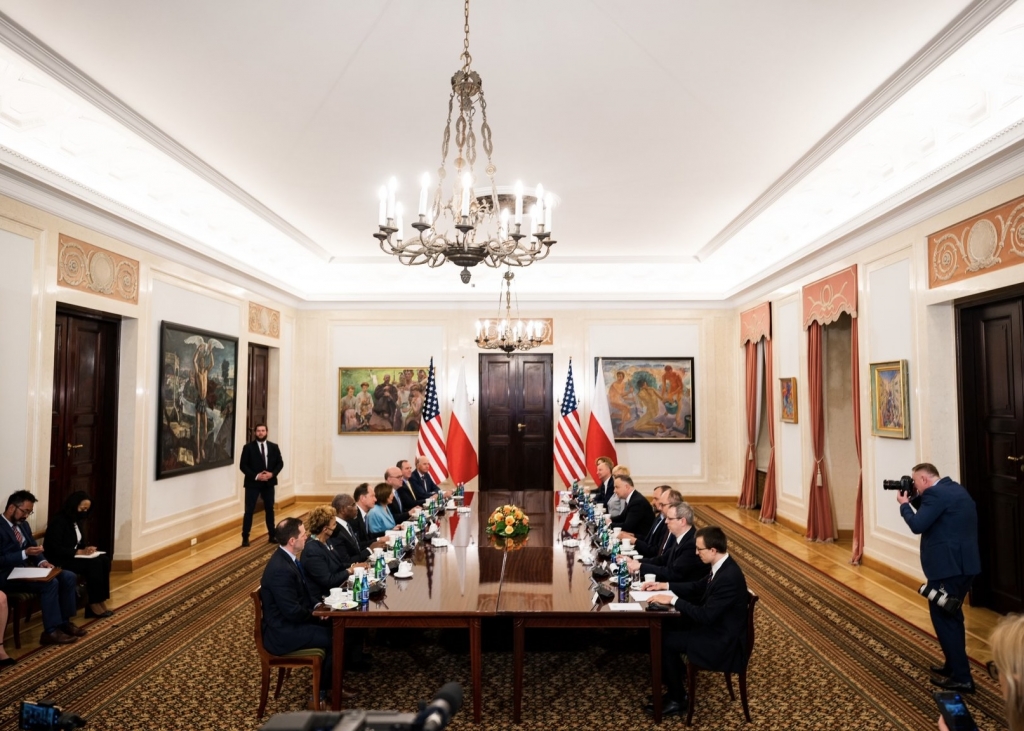 Over the weekend, US House Speaker Nancy Pelosi traveled to Poland, where she spoke with Polish President Andrzej Duda regarding the ongoing crisis in Ukraine. Pelosi’s visit to Poland comes two days after she led a congressional delegation on an unannounced visit to Ukraine.

Pelosi met with Duda at the Polish capital Warsaw where she, and the delegation, thanked Poland for their country to Ukrainians who are fleeing from safety as Russia continues to wage war on Ukraine to this day. In a statement following the meeting Monday, Pelosi also said that Duda is a “valued partner in supporting the people of Ukraine in the face of Putin’s brutal and unprovoked war.”

Poland has been a staunch critic of Russia’s invasion of Ukraine, which is moving towards its third month. The conflict has also resulted in a refugee crisis that saw over 5.5 million people, most of whom are women and children, flee to safety. Over three million people arrived in Poland, and most remain in the country.

The Polish government and volunteers have looked to mobilize help while the people have taken Ukrainians into their homes.

The top House Democrat’s meeting with Duda comes two days after she made an unannounced visit to Kyiv to meet with President Volodymyr Zelenskyy in a strong show of support. Pelosi, who is the second in line to the presidency after Vice President Kamala Harris, is so far, the highest-ranking US official to visit Ukraine since the invasion.

In other related news, Pelosi strongly condemned a leaked draft of a Supreme Court decision that would overturn the landmark Roe v. Wade ruling in a joint statement with Senate Majority Leader Chuck Schumer.

The top House Democrat said the potential ruling, if confirmed, would be “poised to inflict the greatest restriction of rights in the past 50 years – not just on women but all Americans.”

“The Republican-appointed justices reported votes to overturn Roe v. Wade would go down as an abomination, one of the worst and most damaging decisions in modern history,” said Pelosi.