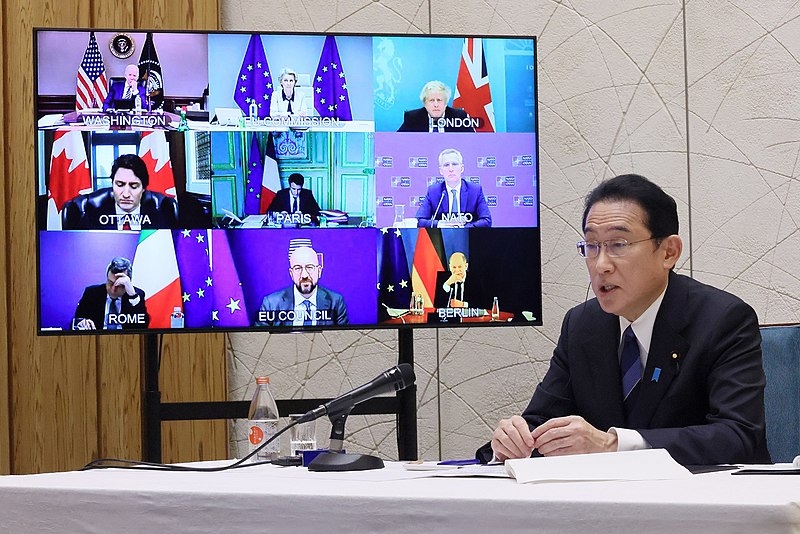 This week, the delegation of incoming South Korean President Yoon Suk-yeol met with Japanese Prime Minister Fumio Kishida. The meeting comes as both countries look to repair relations at a time when tensions are high in the region.

The delegation of Yoon’s foreign policy aides met with the Japanese leader Tuesday, according to officials. The group arrived in Japan Sunday for a five-day visit in the midst of speculation among South Korean media outlets that Kishida might attend Yoon’s inauguration on May 10.

Yoon has previously pledged to improve relations between South Korea and Japan that have since come under strain that stems from Japan’s colonization of the Korean peninsula from 1910 to 1945. Both countries are also facing possible threats from North Korea.

Japan is also looking to improve relations with South Korea. During the meeting, Kishida said that cooperation between Japan, South Korea, and the United States is more important than ever.

“There is no time to waste to improve ties between Japan and South Korea,” said Kishida, according to the Japanese foreign ministry.

Chung Jin-suk, who led the South Korean delegation, told reporters that they agreed with Kishida to work towards improving relations between the two countries and for their mutual interests. Yoon has previously touched on the need for the leaders of South Korea and Japan to communicate more, but the legacy of Japan’s colonial rule over the peninsula may derail his efforts.

The incoming South Korean leader has described the strained relations as the “Achilles’ heel” of the South Korea-US-Japan cooperation. Both Yoon and Kishida agreed to bolster the trilateral ties with the US in responding to North Korea.

The meeting with Kishida also follows the meeting with the US Special Representative for North Korea, Sung Kim, that took place last week, according to officials from Yoon’s office. Kim was in South Korea for a five-day visit that also included a meeting with outgoing President Moon Jae-in.

Yoon, a conservative, has signaled taking a tougher approach toward North Korea following the failed efforts by Moon to improve relations between the two nations. Park Jin, whom Yoon has nominated to be his foreign minister, also met with Kim.