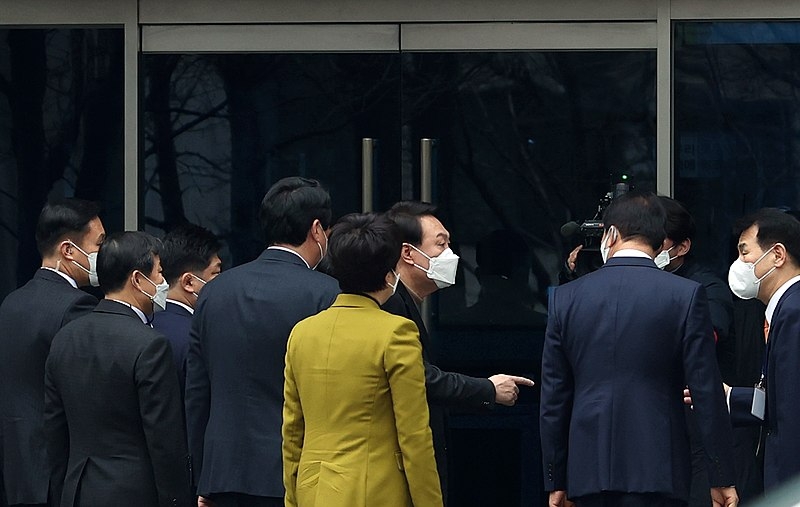 Incoming South Korean President Yoon Suk-yeol made his nomination to a key post in his administration as he is set to take office in May. Yoon nominated conservative lawmaker Choo Kyung-ho to serve as his deputy Prime Minister and his finance minister as he is set to tackle the growing issues the country faces.

Reuters reports Yoon nominated Choo to serve as the Deputy Prime Minister and as finance minister under his administration in the midst of the growing issues of welfare, inflation, and household debt. Choo is one of the several nominations Yoon made over the weekend for posts in his administration.

Yoon announced his nominations for defense, health, and land, among others. All of his recent nominations are subject to parliamentary confirmation hearings. Choo, a member of the conservative People Power Party, would replace Hong Nam-ki as finance minister. Yoon said Choo would oversee policy coordination among the agencies and with parliament.

“The current economic situation are extremely serious, and internal and external circumstances are tough,” said Choo during a news conference, citing inflation and slow growth. “The new government’s top priority is to stabilize prices and people’s livelihoods.”

Choo, who is also on the presidential transition committee, has already been working to draft an extra budget plan to support small businesses and the self-employed who have been affected by the COVID-19 pandemic. In a separate briefing, Choo said he intends to loosen the real estate policies of the current government, including easing the capital gain taxes and a levy on property ownership.

Yoon is also expected to tackle the ongoing tensions in the Korean peninsula as North Korea moves forward with its weapons tests. Yoon stressed Thursday that a strong deterrence is important in the midst of threats coming from Pyongyang, in the midst of a new warning by a top US official of a possible nuclear test that could take place in the coming week.

Yoon has spoken to US Forces Korea Commander General Paul LaCamera during a visit to Camp Humphreys in Pyongtaek, where the US military is stationed in South Korea.

“We can never stress enough the importance of strong deterrence based on the South Korea-US military alliance and the combined defense posture,” said the incoming South Korean president, citing the recent test launch by North Korea of an intercontinental ballistic missile last month.