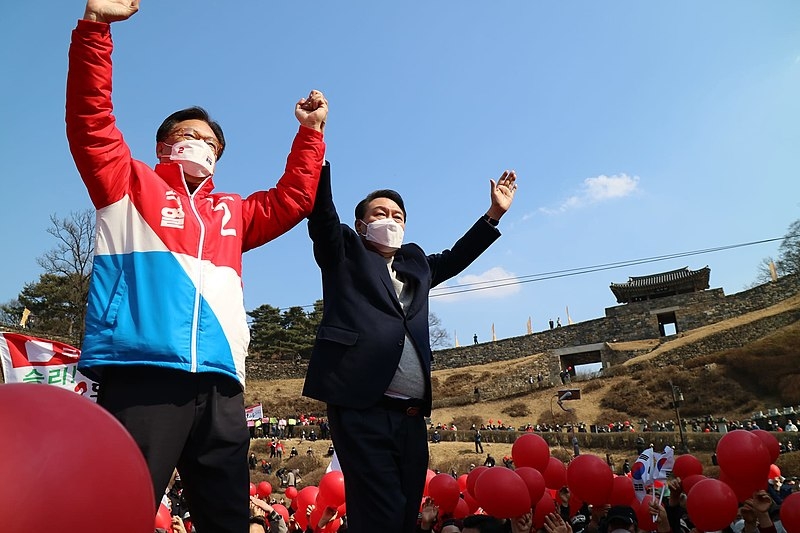 Incoming South Korean President Yoon Suk-yeol is aiming to bolster cooperation with the US in the midst of the long-running tensions in the Korean peninsula. Yoon’s advisers are seeking to redeploy strategic assets of the US in the region.

During the visit to Washington by Yoon’s advisers, they sought to redeploy US strategic assets such as nuclear bombers and submarines in the peninsula during their discussions with US officials, according to Reuters. The team of foreign policy and security advisers to Yoon spoke with US National Security Adviser Jake Sullivan as the incoming president is looking to maintain a constant security presence to deter the threats from North Korea.

“Deploying the strategic assets is an important element of reinforcing the extended deterrence and the issue naturally came up during the discussions,” South Korean lawmaker Park Jin, who led the delegation, told reporters Wednesday.

Park said that both sides looked into possible ways to ramp up the US extended nuclear deterrence during the discussions on coordinating efforts against threats from Pyongyang. The trip by the advisers was also another effort to get an early summit with US President Joe Biden.

A White House official said that both sides “discussed generally” the US defense commitment when pressed on the discussions with South Korean officials.

Yoon is to be sworn into office on May 10 and is already laying out his foreign policy agenda following his election victory in March. During his campaign, Yoon promised to “respond sternly” to the threats from North Korea, especially as Pyongyang has recently carried out another intercontinental ballistic missile test.

North Korean leader Kim Jong-un’s sister Kim Yo-jong, who is a senior official in her brother’s government, said Suh Wook’s remarks were a “very big mistake,” according to state media outlet KCNA. Pyongyang went on to warn that it will destroy major targets in Seoul if South Korea takes any “dangerous military action” but did not specify which areas it considered as major targets.