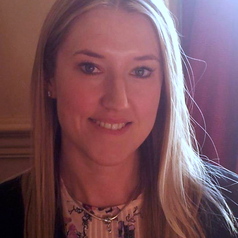 The crimes of Reynhard Sinaga described by prosecutors as “the most prolific rapist in British history” have shocked and horrified many people. But the case has also highlighted that rape doesn’t just happen to women.

Sinaga was jailed for a minimum of 30 years for 159 offences against 48 men who were lured to his Manchester flat, drugged and raped. Police believe that the total number of his victims is likely to exceed 190 men

While the scale of Sinaga’s sexual offending and the way he specifically targeted predominately heterosexual men who had been drinking, is shocking, the fact that his victims were men should not have been. And yet for many people, it was.

Men are victims of sexual violence perpetrated by both men and women. Indeed, the Crime Survey for England and Wales suggests that over 630,000 men have experienced some form of sexual violence since the age of 16. But given that many men do not disclose their experiences, this number is likely to be much higher.

Men’s experiences are not adequately represented or addressed. The current approach incorporates them as footnotes in a strategy that focuses on the experiences of women and girls. The approach also doesn’t recognise the specific gender aspects involved in cases where men and boys are victims. It fails to recognise how masculinity and gender stereotypes can prevent men from disclosing their experiences or seeking help for fear of being disbelieved, emasculated or humiliated.

Violence against women and girls is a huge issue, and it is absolutely right that there is a cross-government strategy dedicated to addressing these issues. But it cannot be right that the experiences of men and boys are incorporated in this strategy.

Introducing a strategy for male survivors

In March 2019, the government released its first-ever position statement on male victims of crimes within the context of the strategy on ending violence against women and girls. The document recognises that male survivors face unique challenges and commits to £1 million of support for groups and charities working with male survivors. This is progress, but it still doesn’t go far enough.

This is why I, along with the former victims commissioner, Baroness Newlove, the Men and Boys Coalition, and leading activists, are calling for the government to introduce a national “ending intimate violence against men and boys” strategy.

This would sit parallel to the existing VAWG strategy and focus specifically on men and boys who experience all forms of intimate violence. This would not only include sexual violence but also domestic abuse and forced marriage.

This would extricate men and boys from the VAWG strategy altogether and would acknowledge men’s unique experiences of violence. It would also help to ensure support is provided and properly funded, improve criminal justice responses to male survivors, and support the development of policies and practices across government that address the experiences of male survivors of sexual and domestic violence and abuse.

Introducing this strategy should not detract attention or resources away from the VAWG strategy but rather provide a space where the experiences of men and boys are recognised and responded to in a sensitive and evidence-based manner.

The terrible crimes of Reynhard Sinaga have highlighted the experiences of male survivors. Government policy must now do more to reflect the fact that rape isn’t just something that happens to women and girls.