‘PUBG Mobile’ content update: How to access and what rewards to collect from the 2nd Anniversary Retro Arcade Festival minigames 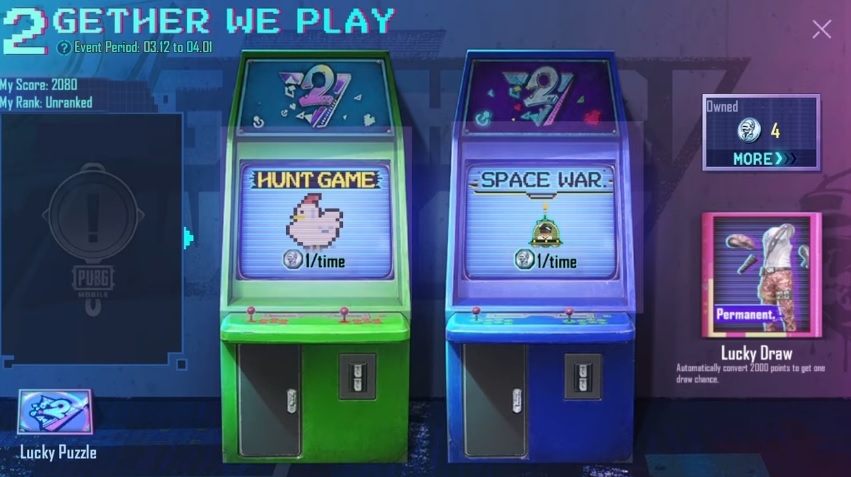 February was rather uneventful for “PUBG Mobile” players, but the developer made up for that with the updates and new content released this month. Aside from the highly anticipated patch 0.17.0, gamers received special updates to properly celebrate the game’s second anniversary.

“PUBG Mobile” players have an option to take a break from the action of looting and shooting down their enemies with several amusement park-themed minigames. The 2nd Anniversary Retro Arcade Festival is one of the new ways to enjoy the battle royale game. Note, however, that this is available for a limited time only so players should enjoy it while it last and collect exclusive rewards.

The 2nd Anniversary Retro Arcade Festival alone contains two mini arcade games that offer various rewards. The game’s website indicates that the minigames will only be available until the end of March, however, the “PUBG Mobile” Twitter page posted a promo material on Thursday indicating that the event will be live until April 14.

We weren't kidding about so many games! ????

Which of the 2nd Anniversary Amusement Park games is your favorite? ????️ pic.twitter.com/HXTjO49LXf

Players can access it through the lobby in the Classic mode. Like in a real-life arcade, “PUBG Mobile” players will need arcade coins to access the 2nd Anniversary Retro Arcade Festival minigames namely Hunt Game and Space War. Arcade Coins can be collected from the event center, and every game will cost 1 Arcade Coin.

Whichever minigame a player chooses, the goal is to collect as many points as possible. These can be used to draw random rewards – each attempt costs 2,000 points. Possible rewards include M249 and P91 with the Circus skin as well as the Brawler Initiate outfit. Any of these items will be in the player’s “PUBG Mobile” inventory permanently. Another goal is to stay within the top 300 players list so players can be awarded Premium Crate Lottery Coupons or Classic Crate Lottery Coupons.

March is also a good month for “PUBG Mobile Lite” players with the release of patch 0.16.0 this week. The Varenga Spring update is the main attraction of the patch that adds picnic baskets as a new type of special loot that may contain Flare Guns (to summon Air Drops) and Paint Grenades (blinds enemies with springtime colors). These baskets can be found under Cherry Blossom trees.