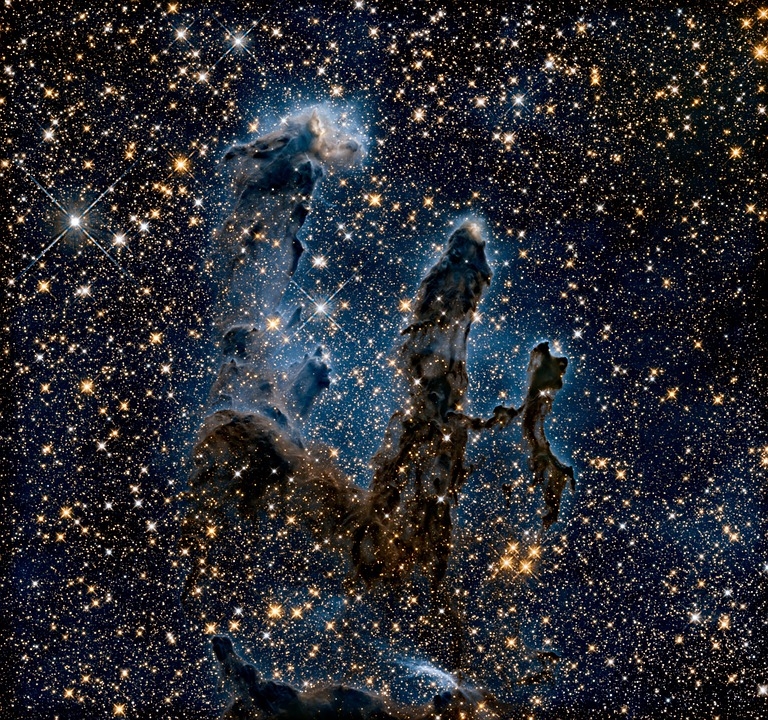 NASA’s Hubble Space Telescope has been providing scientists and budding astronomers and space enthusiasts with stunning photos of space. Recently, the agency decided to revisit one of the telescope’s most iconic images, the Pillars of Creation.

Express reports that NASA re-released an image of the Pillars of Creation of the Eagle nebula. The photo shows the pillars that can be seen through infrared lighting and piercing through dust and gas and showing the iconic celestial phenomenon through a new angle. The agency then described the photo in their statement; “The ghostly outlines of the pillars seem much more delicate, and are silhouetted against an eerie blue haze.”

What makes the photo even more distinct is the fact that the naked eye can only detect a small portion of the range of radiation being produced by these space objects, also known as an electromagnetic spectrum.

In other news, NASA also recently developed a new type of radar that can help keep tabs on volcanoes all the way from space. The new type of radar, the CubeSat Imaging Radar for Earth Sciences or CIRES, will be able to help scientists pinpoint the danger and thus save millions of lives. CIRES is made up of small satellites that will analyze the impacts of volcanic activity and from earthquakes while also studying the changes in land surfaces all the way from above.

This new kind of radar could also influence lawmakers on their policies. The data that will be retrieved from the radar will then be used in a crisis situation by searching for the best place to establish disaster relief. According to the principal investigator who also spearheaded the development of CIRES, Lauren Wye, this new radar will “help decision-makers and emergency managers obtain observations sooner after a hazardous event so that they are better prepared to deal with disaster relief.”

U.S. Geological Survey geophysicist Kyle Anderson explained that volcanoes often inflate with magma before an eruption. “Although it’s difficult to predict how big or how long the eruption will be, we can say, this volcano started inflating and there’s a higher probability of it erupting,” said Anderson.