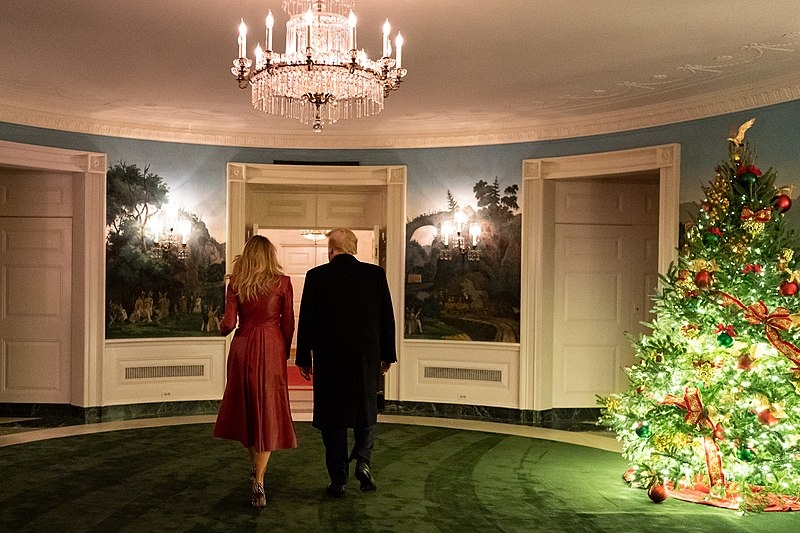 For a long time, there has been a lot of speculation going on regarding the marriage of former first lady Melania Trump and former President Donald Trump and even more so nowadays as they have left the White House. Having largely remained out of the public eye since leaving Washington DC, the couple were recently photographed together at an event during Valentine’s Day.

Mrs. Trump and her husband posed for photographs with supportive members of the former president’s Mar-a-Lago resort on Valentine’s Day. Photos have since circulated around social media of the Trumps spending Valentine’s Day together at the resort. Trump’s son Don Jr. and his partner Kimberly Guilfoyle were also said to be present at the time. The photos come as reports of Melania skipping a Super Bowl party being attended by her husband reviving speculations that the pair would be splitting up any time soon.

The former president attended a Super Bowl party at the Trump International Golf Club that same day. However, the former first lady was not present at said gathering even as she is known to attend in the past.

This further fueled speculations of a possibly unhappy marriage between the couple. Former aides have given conflicting reports, with some saying that the former first lady is waiting until she is no longer in Washington to leave her husband, while others have said that the couple is actually happy together. The long-running speculation was of last year, suggesting that the former first lady would divorce Trump should he lose re-election.

While the couple was seen together in public for the first time, Melania did not mention her husband in her social media posts for Valentine’s Day. In what would be her first posts since leaving Washington, the former first lady shared three throwback photos of her visits to the children’s hospital, The Children’s Inn of the National Institutes for Health. Melania visited the facility during her time as the first lady.

“On this #ValentinesDay, I think of the brave & inspirational children @TheChildrensInn @NIH where I visited the past few years. Sending love & strength, today & everyday. #HappyValentinesDay,” tweeted Melania.