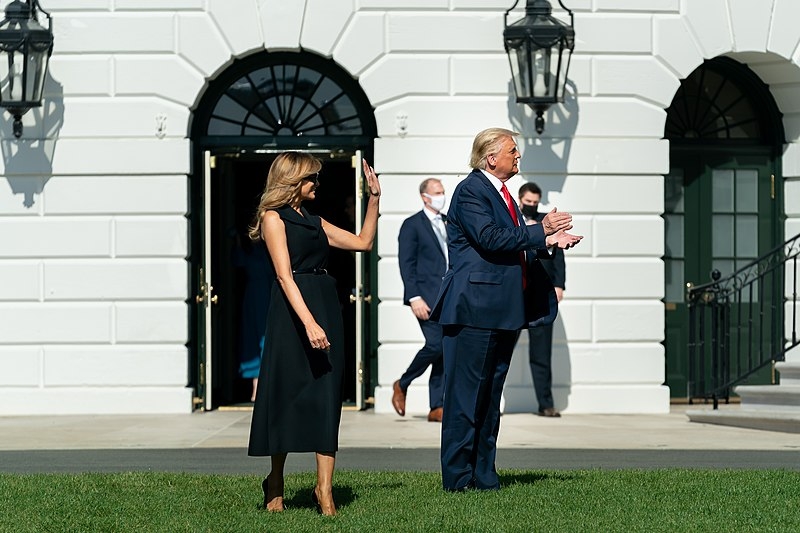 When now-former first lady Melania Trump departed the White House, polls and surveys have shown that she is the least popular compared to her immediate predecessors, likely including her successor Dr. Jill Biden. As her husband Donald Trump made his first public appearance and address at CPAC, the former president hinted at a possible 2024 run by calling Melania the future first lady.

During his 90-minute speech at the Conservative Political Action Conference, the former president hinted that he intends to hold sway over the Republican party by possibly running for the presidency again in 2024. It is unclear whether he would challenge President Joe Biden should Biden seek another term or a new Democratic nominee altogether if he does decide to run. Despite speculations suggesting that Melania is relieved to no longer hold any responsibility in the White House, Trump appeared to insist that she would return. The former president even went to the extent of saying that Mrs. Trump would be the “future first lady.”

Since Trump’s loss to Biden back in November, Trump has repeatedly claimed election or voter fraud despite authorities and recounts saying that the recent elections were the safest. The loss re-ignited the speculation that divorce was on the horizon for Melania and Trump, especially as their icy interactions in public seemed to indicate that there is not much love for each other. Melania has often been seen as the reluctant first lady as she preferred to stay out of the public eye. One book, The Art of Her Deal, claimed that the reason Melania did not move into the White House right away was that she was trying to renegotiate the terms of their prenuptial agreement.

Despite the continuous claims of election and voter fraud, the Trumps left the White House on the morning of January 20, choosing to skip Biden’s inauguration. However, before they left Washington, the Trumps were recently revealed to have quietly received their vaccine for COVID-19 in the White House. This is a stark contrast to the approach Biden and all the other living former presidents that chose to publicize getting the vaccination.