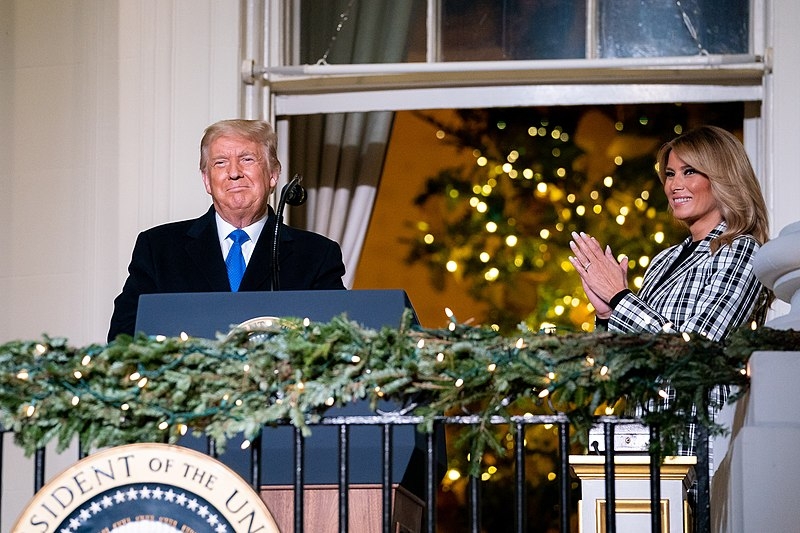 This week, former first lady Melania Trump celebrated her first birthday since leaving Washington back in January. Republicans have used the former first lady’s birthday as a chance to raise more funds in a supposed effort to maintain former President Donald Trump’s legacy.

In an effort to celebrate the former first lady’s birthday, Republican organizers sent emails and text messages to supporters encouraging them to sign in on a digital birthday card for Mrs. Trump. After signing the digital birthday card, the supporters were taken to a page that would get them to make a donation to the Republican party. On the page, the amount of $100 was automatically selected as a recommended donation amount.

“We know how much the First Lady means to YOU so we’re going to give you ONE MORE CHANCE to sign her card, but you must ACT FAST!” said the email that went out to supporters over the weekend.

“We are working hard to defend the Trump Legacy from Biden and the Radical Left, but we need you to join us!” said the donation page that featured a photo of the former first lady. “We only need a few more donations today to stay on track will you quickly step up and close the gap?”

This is not the first time Republican supporters of the former president and first lady have been asked to make donations. A previous report revealed complaints surrounding Trump-backed emails about donations that automatically become recurring payments.

Previously, in an episode of “The New Abnormal” podcast, MSNBC host Mika Brzezinski recalled the attack made towards her by the former president and the conversation she was having with Mrs. Trump that prompted him to claim that she did not get any plastic surgery. Ms. Brzezinski recalled that she was having a conversation with Mrs. Trump eight weeks after her husband’s election victory in 2016. The MSNBC host shared that the now-former first lady was curious about the procedure, referencing the former president’s comments that she was “bleeding badly from a facelift.”

“Then Donald came up and said ‘you know, Melania has had no work done. She’s perfect’,” shared Ms. Brzezinski. The former president’s claim was mocked on social media, with some users saying that Trump was not telling the truth.