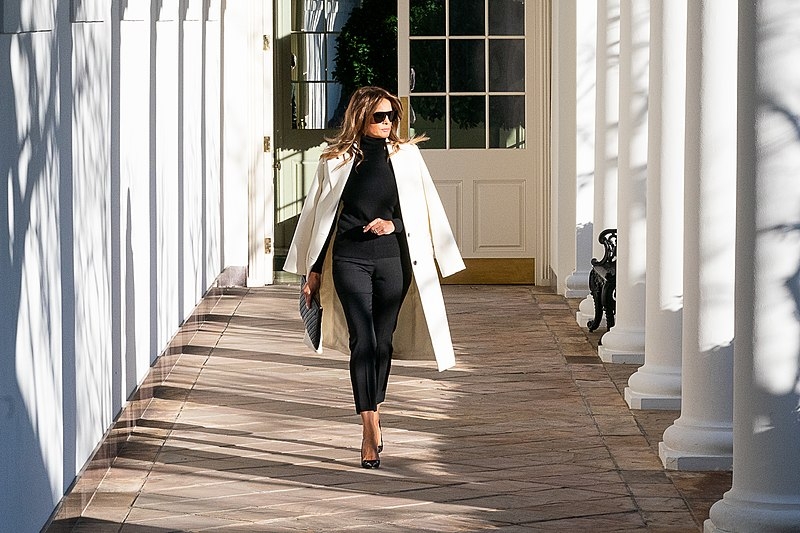 One of the things people scrutinize about the Trump family ever since becoming the current occupants of the White House is the marriage of President Donald Trump and First Lady Melania Trump. A former staff member reveals that there is a reason why Donald and Melania are the way they are with each other, and it involves a third party.

It is not hard to see that Donald and Melania are not a couple that is keen on showing affection to one another. Many have also theorized that Melania is only reciprocating Donald’s slight displays of affection out of obligation as well. Their marriage was questioned even more during the Stormy Daniels scandal, but the couple has maintained that they are happily in love. However, Politicalflare reports that a former staff member from The Apprentice, Noel Casler, claimed that Melania is in a long-term affair.

Casler tweeted that Melania did not live with her husband in Trump Tower and instead lived with her boyfriend. “We had to book the transpo on The Apprentice and her pick up was NOT on 5th ave,” he added.

As to who Melania’s rumored lover is, his name is Henry Siemers, the vice president of global retail security of Tiffany & Co. in Trump Tower. Author Monica Byrne was the first to reveal the alleged affair on Twitter and calling Melania out in the process, as well as revealing that Donald also knew of her supposed affair. As rumors of her supposed affair became apparent, more theories began to spring up. One of those rumors being that Melania and Donald were already going to divorce and that the divorce papers were already signed but they put the negotiations on hold when Donald won the election, and thus, Melania is to stay married to him while he is in office.

Despite these claims, the couple has since clarified that they are happily in love. Melania is also set to become more active in her husband’s campaign trail this year for his re-election in November. The First Lady recently hosted the Governor’s Spouses’ Luncheon at the Blue Room in the White House, following the Governor’s Ball she hosted with Donald the night before. Melania spoke about her Be Best initiative which tackles cyberbullying and asked the spouses to address the issue of cyber assault in their respective states.

Samsung teams up with Microsoft to accelerate 5G expansion

Disney to lay off about 28,000 parks employees due to pandemic's impact