Melania Trump rocks a beautiful black dress ahead of the Governor’s Ball; Netizens want her to appear on magazine covers 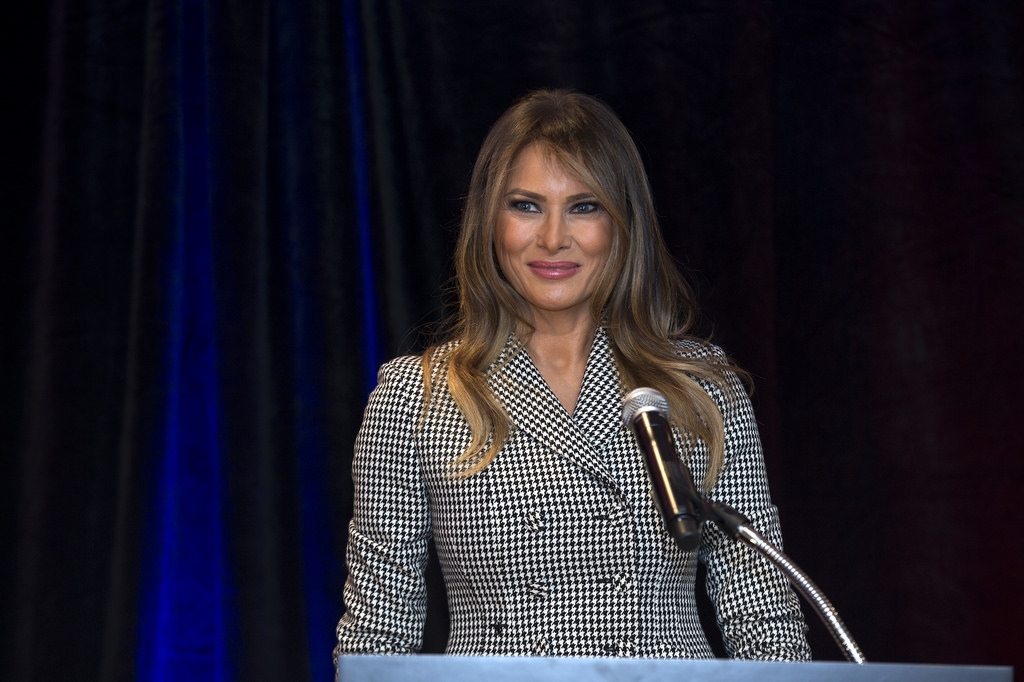 Melania Trump recently uploaded a series of photos ahead of the Governor’s Ball at the White House.

In one of the snaps, the FLOTUS is wearing a beautiful black dress that accentuated her slender frame. Another photo shows Melania posing with Donald Trump inside the Oval Office. The first couple is smiling from ear to ear in the snap.

“Looking forward to hosting members of the @governors_nga & their spouses at the @WhiteHouse Governor’s Ball tomorrow night. It is an annual tradition to come together for a bipartisan gala to strengthen the friendships between states and their leaders,” the first lady captioned the photos.

Some of Melania’s supporters couldn’t help but gush over her stunning photos. They also wondered why the FLOTUS has not graced the cover of some high-fashion magazines such as Vogue.

“If you need any further proof of the shameless bias of the liberal mainstream media, the most stunning First Lady in American history has never graced our nation’s major style magazine covers,” he wrote.

“She doesn’t need them. She is gorgeous and radiates goodness and kindness from within. They can try to hide her but goodness and beauty shine no matter what. Cinderella was still the beauty at the ball and stepsisters weren’t,” Twitter user @lessa_fl said.

“Thank you, James! You’re 100 percent correct. Our first lady has too much class for those magazines!” Twitter user @ElizabethMTHC said.

“You should be on every front cover of every magazine out there!!!” Twitter user @RealWendyTeresa said.

“You should be on the cover of every magazine across the US but they’re so jealous they just can’t do it,” Twitter user @GTaroia said.

Meanwhile, critics of the FLOTUS still made fun of her and the POTUS after she uploaded her beautiful photos.

“Your husband had been stealing your makeup. Thought you should know,” Twitter user @SaltyProfessor said.