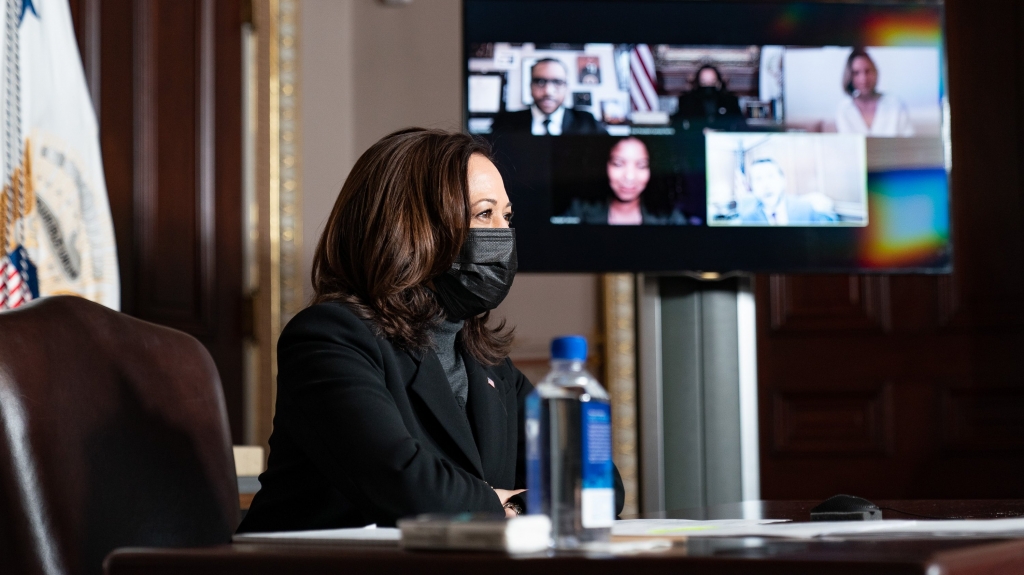 The UK’s royals usually maintain an apolitical stance and do not comment on political events. With Meghan Markle already lightly treading into political territory, a royal commentator predicted that she may invite vice president Kamala Harris onto their podcast.

Even as they have already stepped down from their senior royal positions, the Duke and Duchess of Sussex still have to maintain an apolitical stance as they still carry their official titles. Given the support both women have for each other, a collaboration may likely happen, according to a piece written by Rosa Silverman. People familiar with the matter revealed to Silverman that there is a feeling of solidarity between the Duchess and the vice president as they have similar backgrounds and viewpoints.

Silverman wrote that while Harris is a serious politician and does not usually choose to spend time with celebrities often, an opportunity to meet and talk with the Duchess of Sussex may be too good an opportunity to pass. This was when Silverman suggested that Harris featuring on Meghan and Prince Harry’s Archewell podcast may be the way for the two women to communicate.

“Why this could work: It would serve as a one-off collaboration to discuss and promote some shared aims and interests before Harris becomes too busy to enter into such enterprises with figures like Meghan,” wrote Silverman. “What not to expect: A whole podcast series with loads of unscripted jokes.”

Weeks prior to weighing in the possibility of a collaboration, the Duke and Duchess of Sussex launched a deal with Spotify worth over $30 million. They released the first episode of their Archewell podcast in December.

Meanwhile, Harris and second gentleman Doug Emhoff received their second doses of the COVID-19 vaccine this week. The vaccines were administered to the couple at the National Institutes of Health in Bethesda, Maryland. Harris is now fully vaccinated, following Joe Biden, who received his second dose earlier this month.