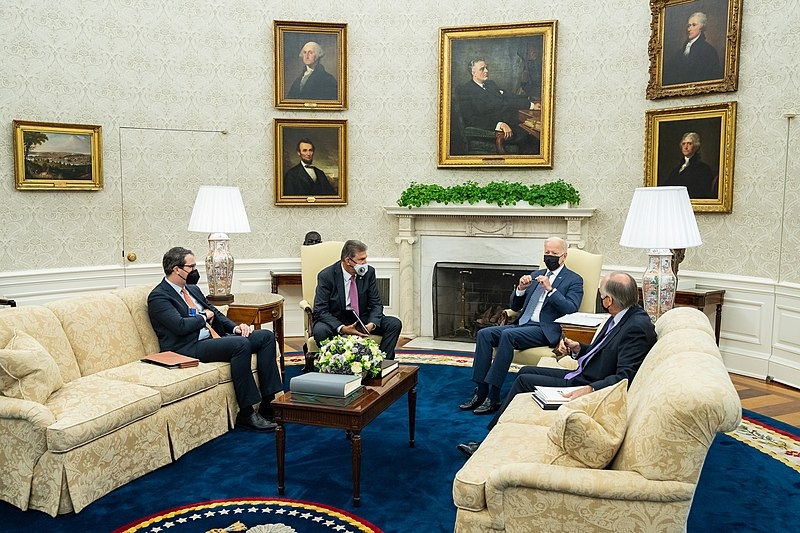 West Virginia Democratic Senator Joe Manchin is one of the two holdouts of the caucus in an evenly divided Senate, in both the filibuster and the Build Back Better bill. Manchin continued his staunch defense of the Senate rule with a claim that many experts have refuted.

Manchin recently made a claim about the Senate filibuster according to Chad Pergram of Fox News. The West Virginia Senator was quoted as saying that the Senate tradition has continued for 232 years. Manchin said that the Senate needs to be careful on what is done about the filibuster, which currently requires 60 votes in order to pass legislation, with the exception of presidential nominees and Supreme Court justices.

To note, the 60-vote rule was implemented in 1975, and not when the US Constitution was first put in place.

Legal experts criticized Manchin’s claim. Attorney Max Kennerly took to social media to refute Manchin’s claim, noting that a simple majority was used in Senate debates back in 1790 and pointed out that the rule that Manchin is defending did not exist until the 1970s. Kennerly also pointed out that many exceptions to the filibuster have been made over time, including an exception made in December 2021.

Jonathan Chait of New York Magazine also refuted Manchin’s claim, saying that the filibuster does not exist in the US Constitution, and that “the Founders considered, rejected, a routine supermajority requirement.”

MSNBC host Mehdi Hasan also weighed in on Manchin’s claim, describing it as a “Trumpian lie.”

“Anybody notice that the filibuster rule was changed to allow the debt ceiling to be raised with just 51 votes? So why can’t the filibuster rule be changed to allow the passage of voting rights by just 51 votes? Manchin – Holdout in Chief – are you listening?” tweeted attorney, economist, and former Labor Secretary Robert Reich.

Manchin has maintained his opposition to the Build Back Better bill and has previously faced backlash for his public announcement citing his opposition to the legislation. This includes his own colleagues, like Vermont Senator Bernie Sanders. Back in December, speaking on MSNBC, Sanders criticized the West Virginia lawmaker’s arrogance, citing that his constituents in West Virginia are in need of the provisions laid out in the proposal.