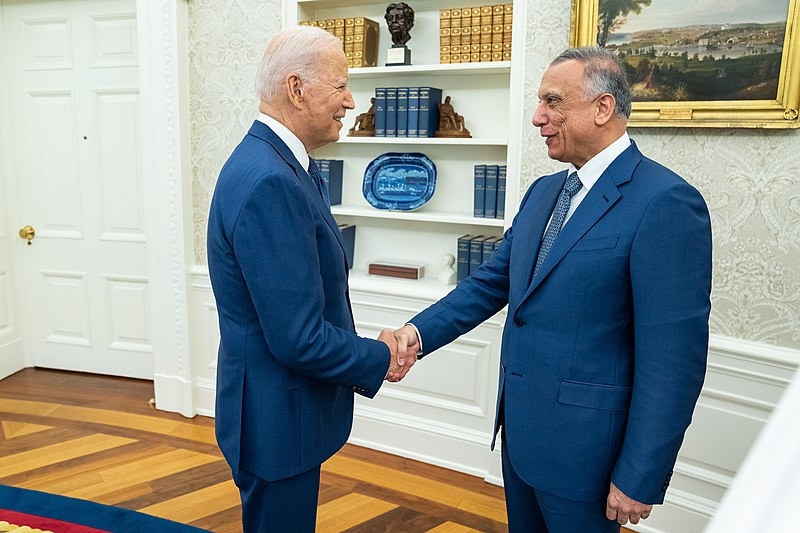 This week, US President Joe Biden met with Iraqi Prime Minister Mustafa Al-Kadhimi at the White House to finalize their agreement on US troop withdrawal in the region. The removal of troops would be carried out by the end of 2021, according to their agreement.

Biden and Kadhimi met for the first time in person at the Oval Office, where they made the agreement to remove US combat troops in Iraq by the end of 2021. This follows Biden’s previous move to withdraw all US troops from Afghanistan. Both decisions are putting an end to a more than decade-long conflict that began under GOP President George W. Bush. Despite troop withdrawals, Biden assured Kadhimi that the US will be assisting in another capacity.

“Our role in Iraq will be...to be available, to continue to train, to assist, to help, and to deal with ISIS as arises, but we’re not going to be by the end of the year, in a combat mission,” said the US leader during his meeting with the Iraqi Prime Minister.

As of now, there are 2,500 troops stationed in Iraq that are focused on deterring efforts by the Islamic extremist group ISIL or ISIS. The shift in roles may not have much of an impact as the US military has already been training and advising Iraqi military forces to defend itself.

“Nobody is going to declare mission accomplished. The goal is the enduring defeat of ISIS,” said a senior administration official ahead of Kadhimi’s visit to Washington.

Meanwhile, aides of the new Israeli Prime Minister Naftali Bennett are already keeping in touch with Biden administration officials ahead of Bennett’s visit to the White House, according to the Prime Minister’s Office.

Back in June, Biden had extended an invitation to Bennett to visit the White House and also informed outgoing Israeli President Reuven Rivlin that he hopes to meet with the new Israeli PM as soon as possible.