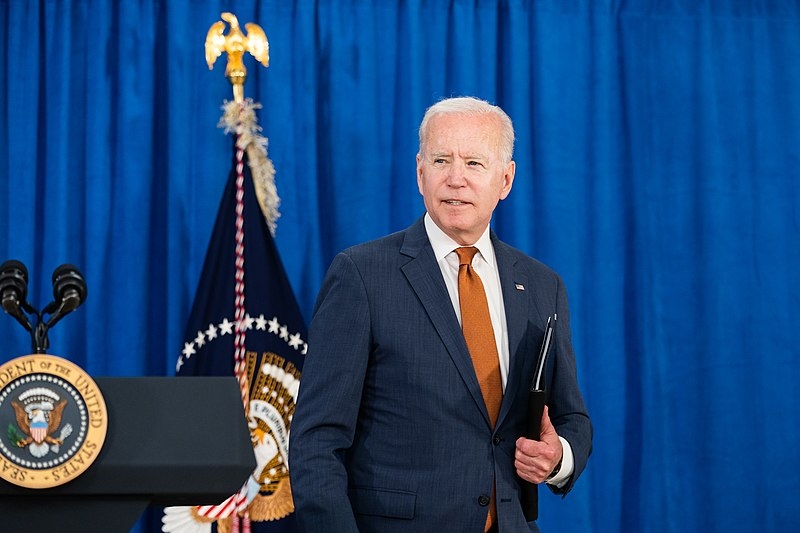 In a sign of the US stance on its relations with Iran, US President Joe Biden made another directive to the military. Biden ordered airstrikes to be carried out on facilities used by Iran-backed militia groups.

A news release from the Department of Defense revealed the directive by Biden for the military forces to carry out the airstrikes in the Iraq-Syria border region. The Iraqi militia released a statement Monday revealing that four Iran-backed militia fighters both in Iraq and Syria were killed as a result of the airstrikes. When Biden returned to the White House Sunday, he declined to answer questions about the airstrikes, saying that he will speak to the press the next day.

“The targets were selected because these facilities are utilized by Iran-backed militias that are engaged in unmanned aerial vehicle attacks against US personnel and facilities in Iraq. Specifically, the US strikes targeted operational and weapons storage facilities at two locations in Syria and one location in Iraq, both of which lie close to the border between those countries,” said Pentagon Press Secretary John Kirby in the release.

“As demonstrated by this evening’s strikes, President Biden has been clear that he will act to protect US personnel. Given the ongoing series of attacks by Iran-backed groups targeting US interests in Iraq, the President directed further military action to disrupt and deter such attacks,” Kirby added.

The Iran-backed Shia militia group that is based in Iraq, Kataib Hezbollah, said they plan to retaliate against the airstrike by the US.

Meanwhile, Biden assured outgoing Israeli President Reuven Rivlin at the White House that he does not plan on tolerating a nuclear Iran as Israel sets up a new administration and government. Biden also noted the airstrikes that he previously had carried out, signaling that he will remain tough on Iranian hostility even as he looks to establish a diplomatic approach to stem the Islamic nation’s nuclear program.

Biden’s assurance also comes as Israel has expressed concerns regarding the nuclear deal and the US efforts to rejoin the deal. Biden also added that he hopes he would be able to meet the new Israeli Prime Minister at the White House soon.