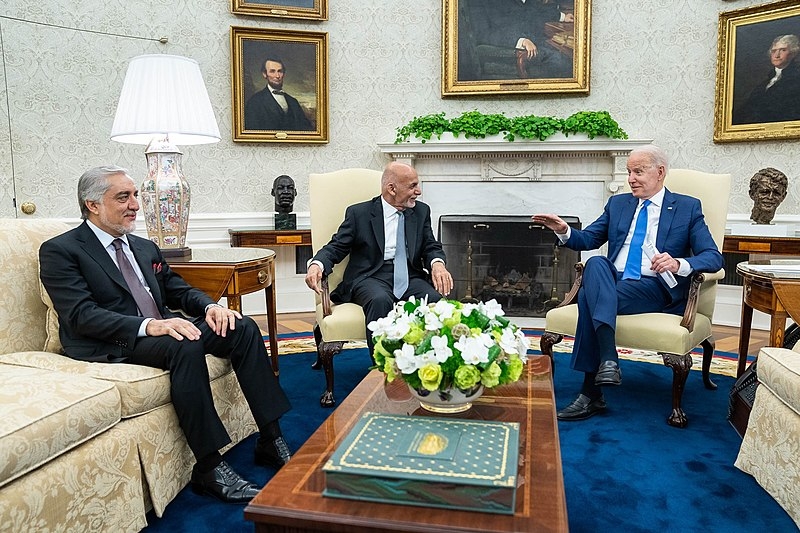 US President Joe Biden previously ordered the withdrawal of troops stationed in Afghanistan, a move that his predecessors struggled to make. Despite concerns from lawmakers regarding the possible repercussions of the withdrawal in the country, Biden’s meeting with his counterparts from Afghanistan assured that US support remains.

Biden hosted visiting Afghan leader Ashraf Ghani and Afghan High Council for National Reconciliation chairman Abdullah Abdullah at the White House over the weekend. Their visit comes amidst concerns for the Afghan government and its people following the withdrawal of US troops from the region. The concerns also come in light of escalated violence by the Taliban, who have pulled out from peace talks until all US troops have withdrawn.

Nevertheless, Biden assured Ghani and Abdullah that despite US troops withdrawing, the US will still support Afghanistan against actions by the Taliban. “Our troops may be leaving but our support for Afghanistan is not ending in terms of support and maintenance of helping maintain their military as well as economic and political support,” said Biden.

Ghani has also tried to project confidence against US Intelligence reports suggesting that Kabul will face its downfall within the six months the troops are expected to withdraw. US Secretary of State Antony Blinken also weighed in on the matter, saying that the US is already looking into the situation on the ground in Afghanistan and if the Taliban is serious about a peaceful resolution to the conflict.

Meanwhile, Biden has ordered to carry out airstrikes against facilities used by militia groups that are backed by Iran in the Iraq-Syria border region over the weekend according to a news release by the Defense Department.

“The targets were selected because these facilities are utilized by Iran-backed militias that are engaged in unmanned aerial vehicle attacks against US personnel and facilities in Iraq. Specifically, the US strikes targeted operational and weapons storage facilities at two locations in Syria and one location in Iraq, both of which lie close to the border between those countries,” said Pentagon Press Secretary John Kirby in a statement.

“As demonstrated by this evening’s strikes, President Biden has been clear that he will act to protect US personnel. Given the ongoing series of attacks by Iran-backed groups targeting US interests in Iraq, the President directed further military action to disrupt and deter such attacks,” Kirby added.